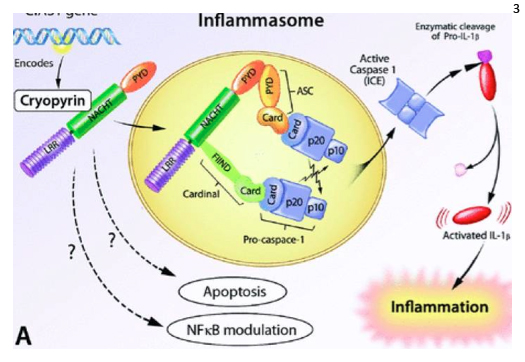 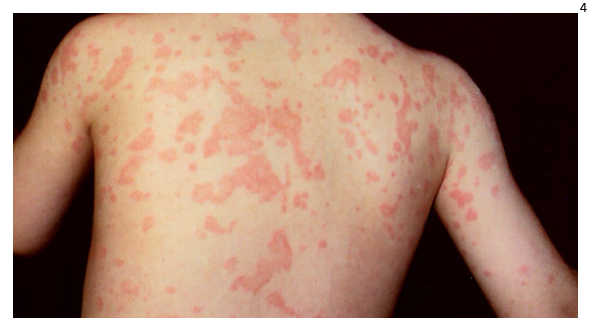 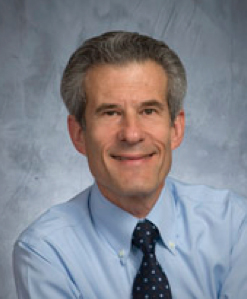 Rare Disease Day occurs annually on the last day of February. Since 2008, the Canadian Organization for Rare Disorders helps bring patients, health care providers and researchers together in a series of Pan-Canadian events focused on awareness for the estimated 1 in 12 Canadians who suffer from a rare disease. There are an estimated 7000 such rare diseases. You might want to check out this celebratory video http://www.rarediseaseday.org/videos.

Ian Stedman tells his story in an article on the SickKids website.1 It’s a story about him and his daughter Lia. Lia, as a two year-old, was seen as SickKids with symptoms of a recurring rash and arthritis. She was referred to my friend Ron Laxer, who in taking the history, focused on the fact that Lia’s father, Ian, for most of his life, had a similar rash to his daughter Lia. He also had arthritis, and in addition, a constellation of unusual symptoms such as hearing loss, headaches, joint pain, and elevated LFTs.

As mentioned, I have known Ron for over 40 years, and I can attest to three things. One, he is brilliant, two he cares deeply about his patients, and three, he is a world authority in paediatric rheumatology. Ron concluded that both Ian and Lia had the same disorder, and hypothesized that they suffered from the rare disease Cryoprin Associated Periodic Syndrome (CAPS), and specifically, the form known as Muckle-Wells syndrome (MWS). Ron made the diagnosis clinically, confirmed it with genetic testing, and instituted targeted treatment for both Lia and her father.

Muckle-Wells syndrome is caused by a mutation in the CIAS1/NLRP3 gene which codes for the protein cryopyrin.2 At the heart of the disorder is increased activity of an inflammasomecontaining cryoprin, which has a role in regulation of inflammation. MWS, once diagnosed (not an easy task), can be treated by one of several medications that block interleukin-1. Muckle-Wells syndrome is characterized by recurrent episodes of fever, rash and joint pain, and can also be associated with hearing loss and amyloidosis.

Ron has written about the elusive nature of rare diseases, and the fact that many patients often suffer, without a diagnosis, because of the general unfamiliarity with these conditions. He advocates for the development of a registry of Canadian physicians with expertise in rare diseases. He states “a registry might assist patients and practitioners in at least knowing where to refer patients and where specific diagnostic testing might be available.”1

If you have any thoughts about rare diseases in Canada, leave a comment on the blog, or better yet…please stop by the Macklem House, my door is always open.

I recently contacted Ron regarding access to patient samples for a CIHR project grant submission related to mast cells and their potential role in autoinflammatory diseases. He made some excellent suggestions and put me in contact with colleagues with similar interests. Very impressive clinician/scientist, that reminds us to not overlook rare diseases! Some of these patients receive targeted therapies thanks to funding of basic discovery research.

This does not surprise me. One of the things that shines through about Ron’s character, is his dedication to both patient wellness and the academic collegium.

Dean Reznick. Do you think I…

Dean Reznick. Do you think I will able to use this blog for CME credit? I had no idea that percentage of people have a rare disease and that there are soooo many. Thank goodness for Sick Kids and their expertise and I hope the name never changes

I am not sure my blog is “CME-credit worthy! I do agree with you, that SickKids is a remarkable institution, and I also agree with you about the value of its name.

Richard, Clinicians and investigators who wish to explore available expertise for a rare condition should check out the Canadian MICYRN(Maternal Infant Child Youth Research Network) site which is leading efforts to link people so they can help patients. Here’s a quote from their recent newsletter “Almost 60% of the model organism PIs in Canada, working on 3493 unique genes, have registered to the Canadian Rare Diseases Models and Mechanisms Network (RDDM). Following submission of a Connection Application describing a new gene responsible for a rare disease, a search of the RDDM Registry takes place to determine if there are model organism scientists who could contribute to understanding that disease. To date, 14 connection applications have been submitted by clinicians intent on finding a model organism partner. …The Network, established to catalyze connections between people discovering new genes in patients with rare diseases, and basic scientists who can analyze equivalent genes and pathways in model organisms, will fund at least 24 catalyst projects annually.” Michael

This is terrific information. Thanks for posting it. It really does appear that some sort of “crowd-sourcing” cooperative will materially help in the rare conditions.