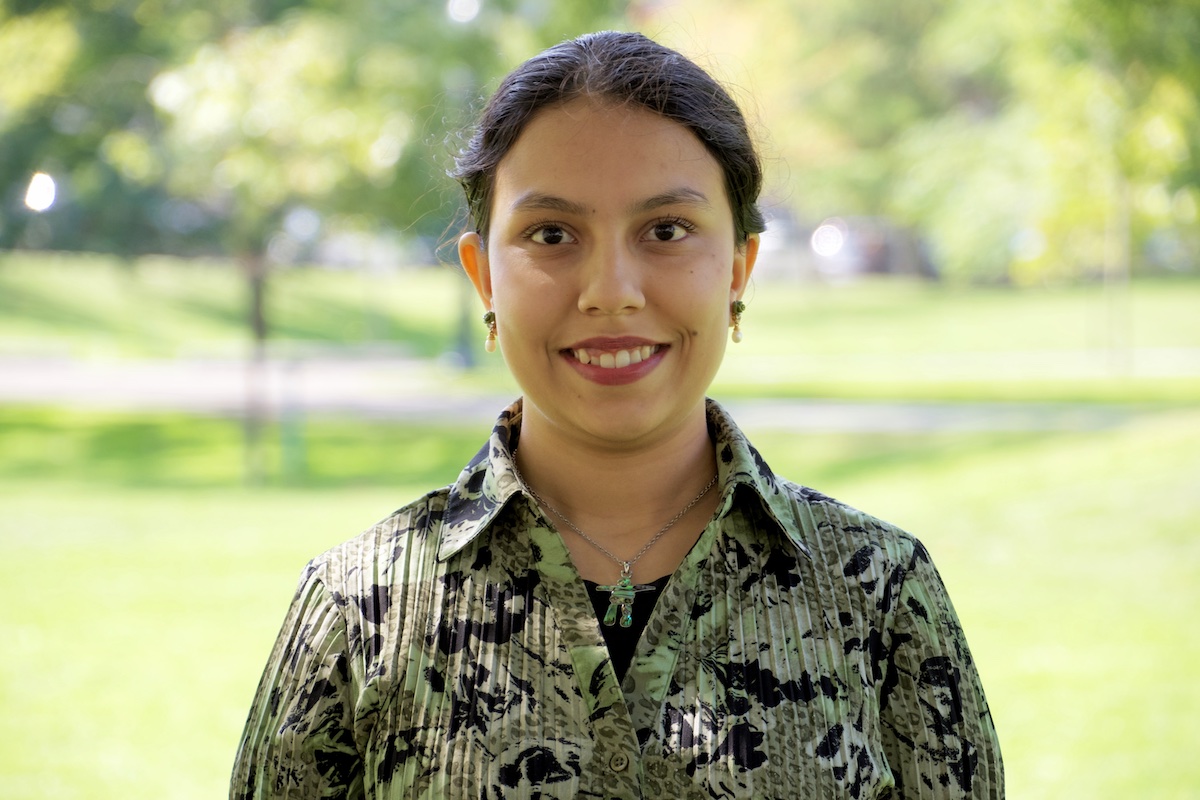 The CMHF celebrates Canadian healthcare leaders who exhibit high levels of perseverance, collaboration, and entrepreneurial spirit. Each year, the CMHF Award for medical students recognizes learners who are completing their second year of medical school and have an established track record of community leadership, superior communication skills and demonstrated interest in advancing knowledge.

Anchaleena’s interest in medicine stems from her experiences growing up in Iqaluit, Nunavut as a settler. “The arctic communities in my territory are facing massive barriers to accessing healthcare,” says Anchaleena. “There are physical barriers, social inequities, and a huge shortage of physicians. That’s why I’ve chosen rural medicine as my future career. I want to give back to the people who raised me and provide culturally safe healthcare for my Inuit community members back home.”

Since beginning here at Queen’s, Anchaleena has dedicated much of her time to promoting rural and Inuit health through her involvement in extra-curricular activities. During her time in the Queen’s Accelerated Route to Medical School (QuARMS) program, a unique Undergraduate pathway which allows students to apply to Queen’s Medical School after only two years, Anchaleena joined the Queen’s Health and Human Rights Conference. There, as the Northern Ambassador, she was able to spearhead the attendance of Inuit students from the Nunavut Arctic College and organize an Inuit speaker panel to empower their voice on the conference’s national platform. Once in medical school, she joined the Indigenous Health Education Working Group, where she has spent the last year working to Indigenize course curriculum by creating relevant case studies for faculty to use in their teaching. Anchaleena has also worked with several organizations outside of Queen’s, including the Society of Rural Physicians of Canada (SRPC), where she is the current co-chair and previously helped to catalog and promote rural residency programs across the country.

Anchaleena is also passionate about patient and physician mental health. “At the start of the pandemic, I helped co-found a volunteer organization, the Rural and Isolated Support Endeavour (RISE), that partnered medical students with individuals in rural Canada,” says Anchaleena. “I’m really proud of this initiative because we were able to help so many people at a time when their mental health was at its lowest.” Anchaleena’s interest in mental health extends into her current research project, which is exploring how the pandemic has affected the mental health of rural physicians in Ontario.

As a 2021 recipient of the CMHF Award for medical students, Anchaleena will receive a cash prize of $5,000 and a travel subsidy to attend the 2022 Canadian Medical Hall of Fame Induction Ceremony in Ottawa, where she will have the opportunity to interact with health leaders from across the country. “After coming to the South for university, I’ve realized that not everybody knows about Indigenous health and the struggles that we face in rural communities,” says Anchaleena. “Over the last several years I’ve learned how to advocate for the needs of these communities, and this award is the perfect opportunity for me to continue striving for change.”