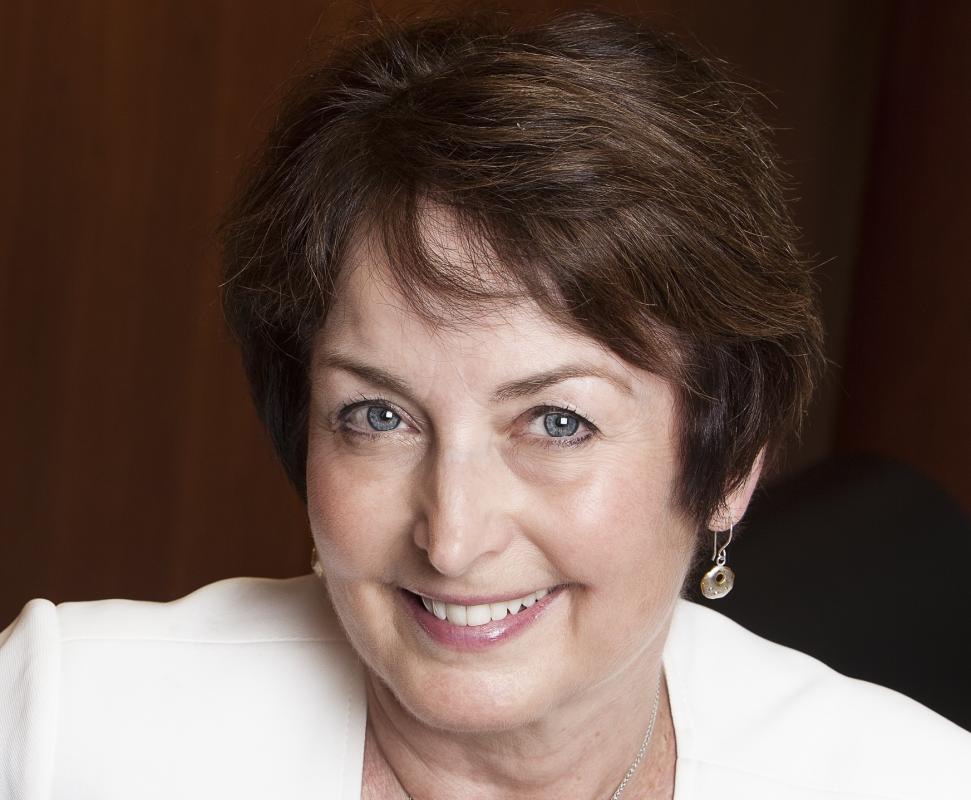 This story was originally published in the Gazette

A Queen’s researcher has been awarded Canada’s top medical research prize. Elizabeth Eisenhauer, Professor Emertia, Departments of Oncology and Medicine, has been presented with the 2021 Canada Gairdner Wightman Award, for her dedication to transforming the fields of cancer clinical trials and cancer drug delivery.

The prestigious award recognizes a Canadian health researcher who has demonstrated extraordinary leadership paired with exceptional science. Successful nominees demonstrate research excellence in the health sciences at an international level as well as superior leadership among their peers, with local, national, and international impact.  Since 1959, when the first awards were granted, 394 scientists have received a Canada Gairdner Award and 92 to date have gone on to receive the Nobel Prize in Medicine.

Eisenhauer, who is also a clinician scientist at Kingston Health Sciences Centre, joins the ranks of medical pioneers such as Anthony Fauci (John Dirks Canada Gairdner Global Health Award 2016) and Janet Rossant (Canada Gairdner Wightman Award 2015; Current President and Scientific Director of the Gairdner Foundation). T. Geoffrey Flynn, who received the Canada Gairdner Award in 1986, is the only other Queen’s faculty to receive a foundation honour.

“I am incredibly honoured to receive this recognition, says Dr. Eisenhauer. “Importantly, I want to acknowledge that the work I did was only made possible by the truly incredible team of colleagues in the Canadian Cancer Trials Group (CCTG) at Queen’s, collaborators and scientists across Canada, and, especially, the countless patients who volunteered to participate in clinical trials, often with the altruistic hope of helping future cancer sufferers. The Canadian Cancer Society’s support of CCTG since 1980 also permitted us to evaluate the ideas we developed and turn them into trials. Moving forward, this type of support for “academic” clinical trials such as that done by the CCTG is critical to continue to improve cancer outcomes.”

Dr. Eisenhauer’s research has established new standards of cancer treatment that have impacted patients around the world. She has contributed to the clinical evaluation of new anti-cancer agents, as well as cancer research strategy, and clinical trials development. Her insight has been key to the creation of new treatments for ovarian cancer, malignant melanoma, and brain tumours. She is credited with developing new methodologies for the delivery of Taxol, one of the most important cancer drugs in the world. This work expanded the understanding of therapeutic interventions and has led to new standards of cancer treatment for patients in Canada and around the world.

She has also held national and international leadership roles, including as the lead of the Investigational New Drug Program (IND) of the National Cancer Institute of Canada Clinical Trials Group, now the Canadian Cancer Trials Group. She also led the creation of the first collaborative cancer research strategy for Canada in her role as co-Chair of the Canadian Cancer Research Alliance, convened the first Summit to create a Tobacco Endgame for Canada  and was the first expert lead for Research in the Canadian Partnership against Cancer.

“On behalf of the entire Queen’s community, my sincere congratulations to Dr. Eisenhauer on this well-deserved recognition of her national and international contributions to cancer clinical trials and cancer treatment,” says Dr. Jane Philpott, Dean, Faculty of Health Sciences. “Not only has her research had an impact on cancer patients in Canada and around the world, she is a role model and mentor for women in health research.”

The Gairdner Foundation was established in 1957 by Toronto stockbroker James Gairdner to award annual prizes to scientists whose discoveries have had major impact on scientific progress and on human health. Each year, seven awards valued at $100,000 are given: five Canada Gairdner International Awards for biomedical research, the John Dirks Canada Gairdner Global Health Award, specifically for impact on global health issues, and the Canada Gairdner Wightman Award, reserved for a Canadian scientist showcasing scientific excellence and leadership.

For more information on the Gairdner Awards, please visit the website.