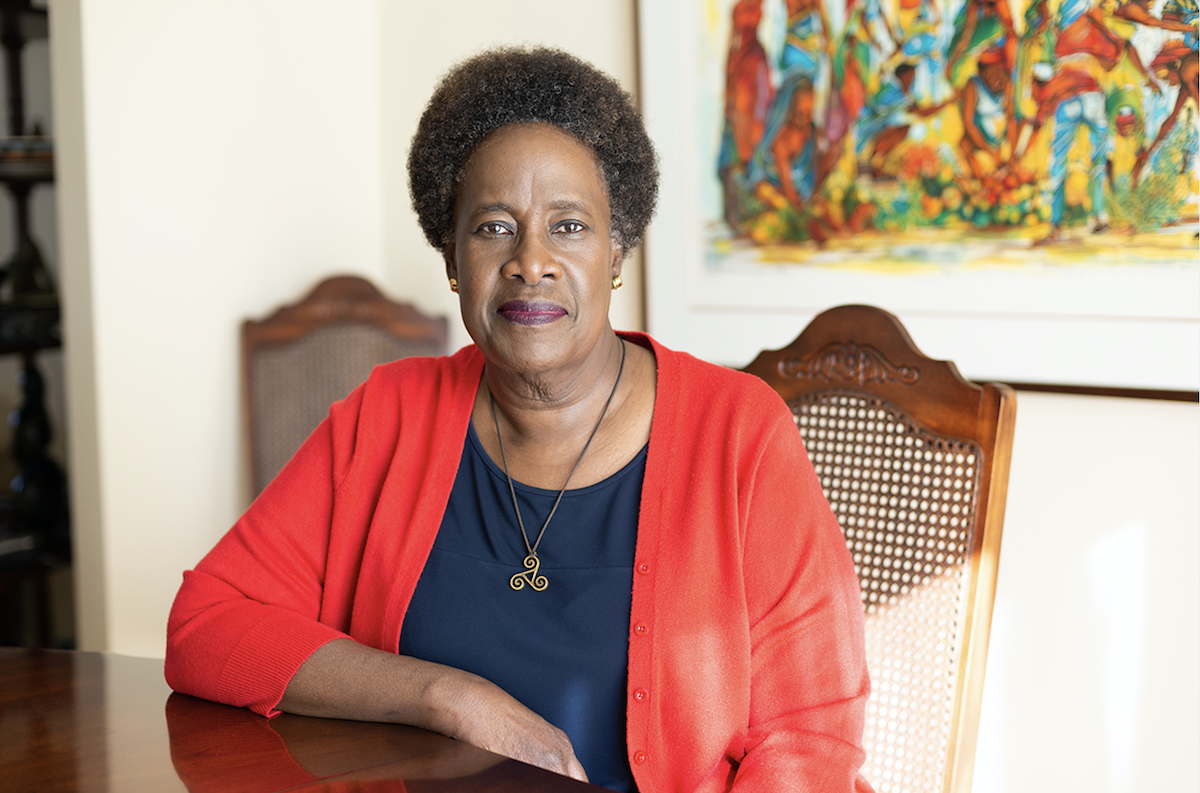 Even in retirement, Dr. Maxine Clarke continues to work to improve the cultural sensitivity, equity, and inclusivity of Queen’s Health Sciences.

As an assistant professor in the Department of Pediatrics, she was committed to various equity, diversity, inclusion, Indigeneity, and accessibility (EDIIA) efforts at Queen’s. They included serving on the School of Medicine’s Diversity Panel, lecturing on diversity and cultural communication, and the development of diversity curriculum.

But she also knows there is much work to be done. When asked if the Queen’s University campus climate has improved for BIPOC (Black, Indigenous, People of Colour) students and faculty since she moved to Kingston in 1993, Dr. Clarke’s response was pointed: “From the perspective of students, very little, and certainly not enough has changed to support and uplift them during their studies.”

Though she retired from Queen’s and KGH’s Neonatal Intensive Care Unit (NICU) in 2019, it is no surprise that Dr. Clarke was eager to join The Dean’s Action Table on EDI (DAT-EDI).

The DAT-EDI has a mandate to study, promote and advise on efforts to create and sustain a more equitable, diverse, inclusive, accessible, and culturally safe community within QHS. Seven working groups – ranging from recruitment, retention and mentorship to EDI for admissions – have been tasked with developing recommendations and metrics for an EDI strategic plan. Dr. Clarke is part of the group studying EDI across Queen’s Health Sciences curriculum.

Dr. Clarke brings a lot of expertise to the role. Throughout her career, she has delivered presentations and workshops across Canada and abroad focused on cultural diversity and health education – and participated in various panels and organizations exploring the crucial topic.

Dr. Clarke hails from Kingston, Jamaica, and completed her medical training at the University of the West Indies Medical School. Upon graduation, she moved to Vancouver to do a residency in pediatrics. Post residency, she moved to New Brunswick to establish an NICU. There she remained for five years before transferring to Toronto’s Hospital for Sick Children (SickKids), eventually moving to Kingston in 1993.

Upon arriving in Kingston and teaching at Queen’s, Dr. Clarke became quickly aware of racist and otherwise discriminatory incidents on campus. Moreover, she found that though several investigations regarding said incidents were undertaken, little had changed.

As a professor and active clinician for over three decades, Dr. Clarke made it a priority to devise diversity-informed curriculum and conduct research on diversity. According to Dr. Clarke, EDIIA in healthcare is vital in improving healthcare outcomes for People of Colour, as well as academic and career success for healthcare providers of colour.

She understands that Black Canadians – and other People of Colour – experience health and social inequities linked to discrimination that is interpersonal, institutional, and societal. Case in point, recent Statistics-Canada study found that:

Educational institutions can do their part to combat such disparity by developing anti-racist pedagogies and support systems to ensure a brighter, more equitable future.

“I think the bottom line is that the majority of Canadians at this point may not be people of colour, but the teaching in medical school and post medical school needs to be for everybody – not just because it’s the right thing to do, but because the communities graduates will be working in will never be homogenous,” says Dr. Clarke.

This is a reality Dr. Clarke is more than familiar with, having worked with families of all backgrounds as a pediatrician caring for Canada’s most vulnerable infants — a vocation she speaks of quite passionately and has strived for since her youth.

“It's simply one of the most rewarding jobs I can think of,” explains Dr. Clarke. “There is nothing quite like watching these tiny babies change, grow healthier, and develop personalities. I just love it.”

In addition to her clinical efforts, Dr. Clarke also had the privilege of mentoring several medical students and performing impactful research. She is particularly proud of being site coordinator for an international, multi-centre clinical study, which confirmed that premature babies treated with Caffeine breathed more regularly, and needed less ventilator support.

A lifelong learner herself, she earned a Master of Medical Education degree from the University of Toronto in 2013.

While at Queen’s, Dr. Clarke worked hard to make a difference. She chaired the university’s Culture Curriculum Committee and served on Queen’s University’s Global Health and Social Accountability Working group.

Dr. Clarke understands firsthand what it takes to succeed as a Black physician and academic in Canada and eagerly awaits a time when students who do not currently feel safe find the security and support to excel as she has.

“Our current students are far more aware of inequality than any previous cohort I have witnessed,” says Dr. Clarke. “This awareness is invaluable, but I also want students of colour to take a moment and recognize that the fact they are in medical school, means they have already achieved so much. You are not an imposter, you deserve to be here, and you are allowed to make change.” Dr. Clarke adds that institutions like Queen’s have a great deal of work to do to ensure these students are nurtured and bolstered during their studies.

“Change is not going to be easy, but it will happen.” Given her track record, it’s a safe bet that Dr. Clarke will be a fundamental part of that change at Queen’s Health Sciences.