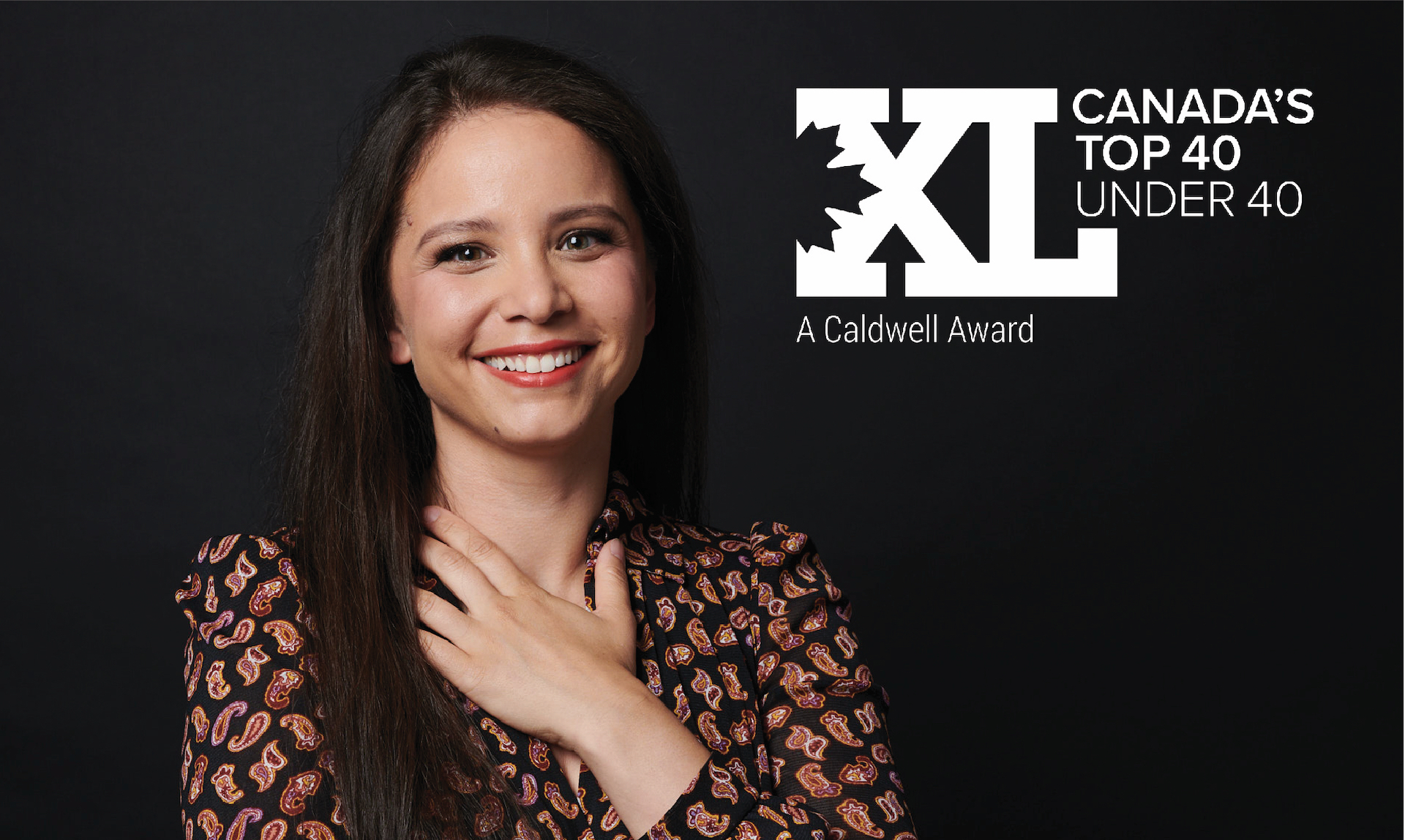 Dr. Teresa Purzner was drawn to Queen’s by the university’s reputation for research collaboration. Her own track record for working with others just saw her named one of Canada’s 2021 Top 40 under 40.

“I was definitely surprised, I know there was heavy competition this year,” she says of her national recognition, noting she was one of over 1,200 nominees. “I had come to terms with the idea that even being nominated was an honour so then to actually get the award was exciting and unexpected. After hearing about everyone else’s accomplishments in this year’s 40 Under 40, it makes you even more humble.”

As a clinician scientist neurosurgeon, Dr. Purzner wears many hats: assistant professor in the Department of Surgery at Queen’s, researcher at Kingston General Hospital Research Institute (KGHRI) and clinical neurosurgeon at the Kingston Health Sciences Centre.

While she has only been in Kingston for a few months, she credits the collaborative Queen’s and KGHRI environments as places where her ongoing research will be able to thrive and grow. “Queen’s support for surgical scientists is really quite unique in North America,” she says, noting her ability to truly devote 50 per cent of her time towards research was something she hadn’t seen elsewhere.

“I have been blown away by the ability of people to collaborate at Queen’s,” she adds. “There are so many people who are excited to be doing high-level work and doing things with you. I dream too big for just one person – I am totally dependent on collaborative help.”

Those dreams are coming to fruition at Queen’s.

Dr. Purzner is already having an impact in Neurooncology as she builds a translational research program with her partner Dr. Jamie Purzner; their dedicated lab space is provided by the Department of Biomedical and Molecular Sciences. The many collaborative projects on her plate include a cancer clinical trial launching in 2022, plans to set up a brain tissue biobank with the Department of Pathology and Molecular Medicine, working alongside radiation oncologists on a brain metastases clinic, and work with the Centre for Health Innovation.

Even her entrepreneurial side is driven to help those around her. Dr. Purzner has three children aged three, five and seven. It’s no coincidence that she co-founded Cerebelly, an innovative baby food brand that optimizes early brain development. Cerebelly is recognized nationally in the United States and is available in over 7,000 stores – with plans to expand into Canada in 2022 or 2023.

"The goal is not to augment brain growth or to create Einstein babies but to create a baby food that provides nutrients that optimally support brain growth at the early stage of development,” she explains. “The first three years of life see astronomical brain growth and by the age of three kids have actually grown almost all their brain neurons.”

Her other major success south of the border came while studying developmental neurobiology at Stanford University. Her thesis work was a mass collaboration that involved cancer biologists, chemists, and clinicians. At Stanford, she employed novel techniques in mass spectrometry and developmental neurobiology to discover a new drug target for medulloblastoma, the most common pediatric brain tumor. Her dynamic work, done in collaboration with Stanford SPARK and the Pediatric Brain Tumor Consortium (PBTC), is moving through clinical trials with the hope of ultimately leading towards regulatory approval.

“I just really like very complicated problems that take a while to solve, but when they are solved directly impact the health and happiness of people around me,” she says.

Dr. Purzner considers “real science, transparency” and “accessibility” the pillars of her successful career. “It’s so easy to scare people or head towards hyperbole when it comes to science. I try to stay true to science and communicate it as simply and plainly as I can.”

Equally plain to see is her commitment to interdisciplinary teamwork. “For me collaboration isn’t just a buzz word, it’s the foundation of everything I’ve done,” she says. “I love the creativity and openness of research – having a job where you can just ask questions.”