Addressing past discrimination to promote diversity in the future 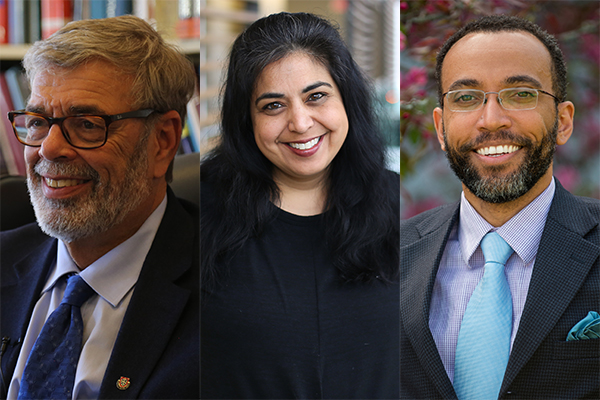 Addressing past discrimination to promote diversity in the future

This story was originally published in the Queen's Gazette.

On March 3, Faculty of Health Sciences Dean Richard Reznick, Mala Joneja (Department of Medicine), and Queen’s staff and PhD candidate Edward Thomas (Cultural Studies) will receive the Queen’s University Human Rights Initiative Award for their work on the creation of the Commission on Black Medical Students.

In 1918, Queen’s School of Medicine banned black students – a ban that went enforced until 1965. Last April, as a result of Edward Thomas’ research on the subject, Dean Reznick and former Queen’s Principal Daniel Woolf signed a public apology for this discriminatory policy. According to Thomas’ research, the ban was put in place to be in line with the discriminatory policies favoured at the time by the American Medical Association (AMA), the organization that ranked medical schools in North America. While the AMA had no control over the policies of Canadian medical schools, the Carnegie Foundation and the Rockefeller Foundation consulted its rankings when they made decisions about whether or not to provide funding to medical schools.

Recognizing this was an area of need, Dean Reznick went on to form the Commission on Black Medical Students, made up of faculty, students, and staff from Queen’s, including Dr. Joneja and Edward Thomas, in order to address the historical injustice. The commission’s work included personal letters of apology to each of the families affected by the ban, changes made to the Undergraduate Medical Program curriculum, as well as an honorary degree presented to the family of Ethelbert Bartholomew, a student affected by the ban.

The Commission on Black Medical Students remains active under the leadership of Dr. Joneja as chair, and their work on this important initiative continues, including an upcoming symposium and an exhibition at the School of Medicine.

The Human Rights and Equity Office outlined reasons as to why this team was chosen for the award, stating that the work has made an outstanding contribution to the advancement of equality and human rights at the university, positively impacted the campus community through the introduction of new curriculum, and enhanced a sense of belonging for racialized students at Queen’s.