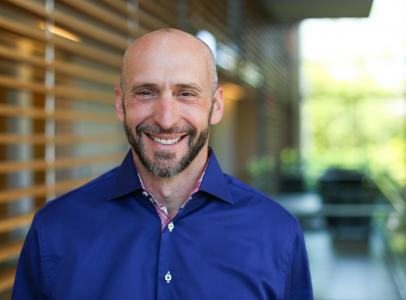 Dean Richard Reznick is pleased to announce that Tom Harris, Interim Provost and Vice-Principal (Academic) at Queen’s University, has appointed Dr. Steven Smith as Interim Vice-Dean Research for the Faculty of Health Sciences. Dr. David Pichora, President and CEO of the Kingston Health Sciences Centre (KHSC) confirms that Dr. Smith has also been appointed Interim Vice President, Health Sciences Research of KHSC.  The Board of Directors of the KGH Research Institute will also welcome Dr. Smith as Interim President and CEO of the Institute.  His interim appointment will begin on July 1, 2019.

Dean Reznick and Dr. Pichora would like to thank Dr. Roger Deeley for exceptional service as the Vice-Dean Research for Queen’s and Vice President, Health Sciences Research for the Kingston Health Sciences Centre. Dr. Deeley has made magnificent contributions in advancing research in his dual roles as Vice Dean and Vice President (Research) at KHSC. His leadership has been invaluable, and he is undoubtedly leaving the faculty well positioned to continue its mission in health research.

Dr. Smith completed his Bachelor of Science in Biochemistry at Western, where he also earned his PhD in 1998. Before joining Queen’s Department of Biochemistry in 2001, Dr. Smith completed postdoctoral fellowships at the University of Oxford as a Burroughs Wellcome Hitchings-Elion fellow and McGill University as CIHR postdoctoral fellow. Dr. Smith has taken on a number of leadership positions while at Queen’s, including acting as the Director of Queen’s Protein Function Discovery Group & Facility and the Director of Research for the Faculty of Health Sciences. He previously served as the Associate Head for the Department of Biomedical and Molecular Sciences, and acted as Chair for the Undergraduate Biochemistry Program from 2007-2011 and again from 2014-2017.

During his time at Queen’s, Dr. Smith has demonstrated his commitment to students’ learning as an exceptional educator. His numerous awards, include the Faculty of Health Sciences Education Award and Life Science Student Choice Teaching Award, and he has regularly received the Biochemistry 3rd Year Teaching Award since 2004. These awards are a testament to his excellence in teaching and mentorship and speak to Dr. Smith’s reputation as a dedicated professor who is deeply invested in the classroom experience.

As an expert in biochemistry, Dr. Smith has made remarkable contributions to Queen’s and the wider intellectual community through his research. In 2009, Dr. Smith was recognized for his research excellence with the Chancellor’s Research Award. He is the recipient of the Faculty of Health Science’s Mihran & Mary Basmajian Research Award and the Canadian Institutes of Health Research New Investigator Award. Dr. Smith’s extensive publications in peer-reviewed journals attest to his status as a prolific researcher. As an invited speaker, Dr. Smith has presented his work nationally and internationally, including in the U.S.A., Portugal, France, and Israel.

Dr. Smith has established himself as a lead­­er both in the University and on the national stage through his service to the profession. He is currently serving as a member of Senate and as a senator for the Senate Advisory Research Committee. He also currently acts as a University Delegate for the Canadian Institutes of Health Research.

Please join the Dean and Dr. David Pichora in thanking Dr. Smith for taking on this role.