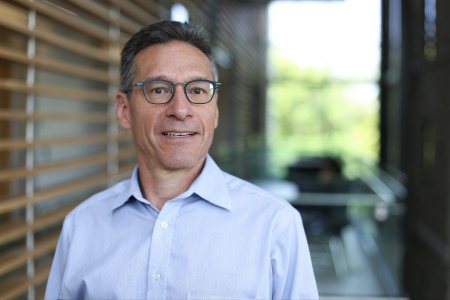 Dean Richard Reznick is pleased to announce that Tom Harris, Interim Provost and Vice-Principal (Academic) at Queen’s University, has appointed Dr. Ramiro Arellano as Head of the Department of Anesthesiology and Perioperative Medicine for the Queen’s Faculty of Health Sciences. The appointment is for a five-year term beginning on July 1, 2019.

Dean Reznick would also like to thank Dr. Joel Parlow for his exceptional service as Head of the Department of Anesthesiology and Perioperative Medicine. Dr. Parlow has served as Head since 2008, and in that time he has helped the department to make tremendous strides in research, education, and clinical care. His leadership has been invaluable, and he is certainly leaving the department well positioned to continue advancing its mission.

Dr. Arellano began his medical education at the University of Western Ontario, where he earned his MD in 1984. He then went on to complete his postgraduate education at the University of Toronto in the Department of Anesthesia and became a Fellow of the Royal College of Physicians and Surgeons of Canada in 1989. His academic career began at the University of Toronto where he remained until 1999. He then moved to Dalhousie where his career advanced until 2004 when he was recruited to our department at Queen’s. Dr. Arellano was an Associate Professor at Queen’s until 2012, when he relocated to London Ontario, back to his alma mater, Western.

Dr. Arellano’s research has focused on a range of topics, including cardiac anesthesiology and post-operative care. He has been an author or co-author of over thirty peer-reviewed articles that have appeared in publications such as The New England Journal of Medicine, Circulation, and The Canadian Journal of Anaesthesia. A respected authority in his field, he has been invited to present or lead workshops on over forty occasions, both across Canada and internationally. Dr. Arellano has also been an investigator on grants awarded by the Canadian Institutes of Health Research, the Montreal Heart Institute, and the Ontario Thoracic Society, among other organizations. The Medical Research Council of Canada has recognized his research with their Clinician Scientist Award.

Throughout his career, Dr. Arellano has taken on a variety of leadership roles within the university, frequently serving on multiple committees at a time. Recently, he served on the Curriculum Renewal Executive Committee for Undergraduate Medical Education, the Departmental Council Committee, and the Career Development and Planning Committee, among others.  He has also been active in national and international organizations. For instance, he served as the Founding Chair of Physicians for Blood Conservation and as the Chair of the Perioperative Medicine Section of the Canadian Anesthesiologists’ Society.

Dean Reznick is confident that Dr. Arellano will bring outstanding leadership to the Department of Anesthesiology and Perioperative Medicine, and he is excited to welcome him back to Queen’s in July. Please join the dean in congratulating Dr. Arellano on this appointment.