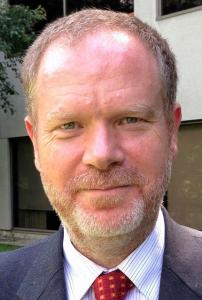 Dean Richard Reznick is pleased to announce that Tom Harris, Interim Provost and Vice-Principal (Academic) at Queen’s University, has appointed Dr. Scott Berry as Head of the Department of Oncology for the Faculty of Health Sciences. His appointment will be for a five-year term beginning on April 1, 2019.

Dean Reznick would also like to thank Dr. Jim Biagi for his superb leadership as Interim Head of the Department of Oncology. During his time in the position, Dr. Biagi has continued to push the agenda in the department, furthering its tripartite mission of clinical care, research, and education.

Dr. Berry’s major academic focus has been education. He chaired the Royal College of Physicians and Surgeons of Canada Specialty Committee for Medical Oncology from 2010 to 2016 and was the Program Director for the Medical Oncology Training Program at the University of Toronto from 2005 to 2017. He built the training program into one of the largest in Canada.  During his tenure as Chair, the Medical Oncology Specialty Committee was selected as one of the first specialties in the country to move forward with the Royal College’s Competence By Design (CBD) initiative and Dr. Berry helped lead the implementation of CBD for Medical Oncology in Canada.  Strongly committed to making education more accessible, Dr. Berry is the co-leader of OncologyEducation.com, which is the leading website for oncology continuing medical education in Canada.

A respected researcher on colorectal cancer, Dr. Berry has authored or co-authored over forty-five peer-reviewed articles, which have appeared in publications such as the New England Journal of Medicine, the Journal of the American Medical Association, and Annals of Oncology.   He co-chairs the Gastrointestinal Disease Site Group for the Cancer Care Ontario Program in Evidence Based Care. Dr Berry has also been an invited speaker internationally in the U.S.A., Asia and Africa.

His other academic interest is the bioethical issues surrounding the care of people with cancer, in particular the ethical issues related to funding new and expensive cancer medications. He was an inaugural member and ethics advisor for the pan-Canadian Oncology Drug Review Expert Review Committee and has served on the American Society of Clinical Oncology Ethics Committee.

Dean Reznick is confident that Dr. Berry will bring tremendous leadership abilities to his new role as Head of the Department of Oncology. Please join the dean in congratulating Dr. Berry on his appointment and welcoming him to Queen’s.