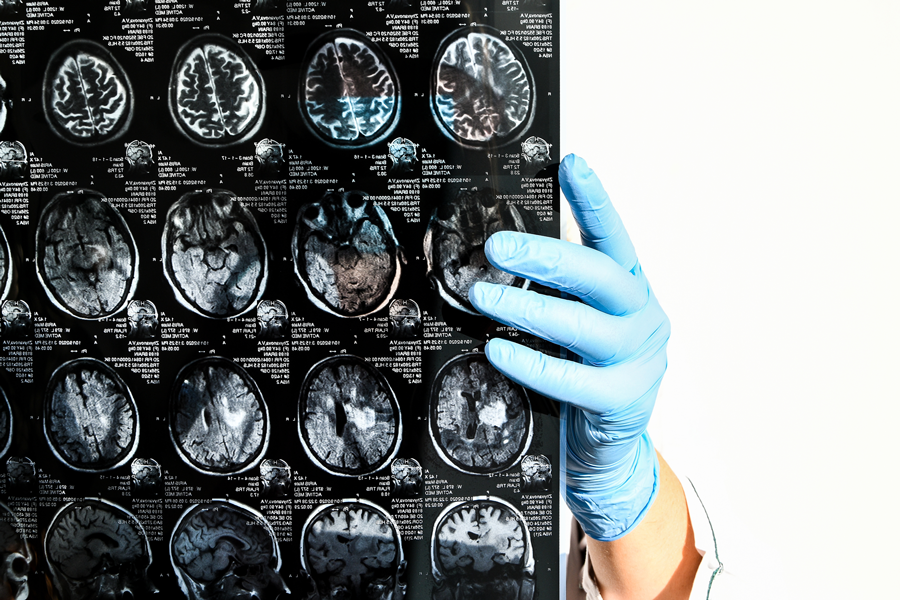 For the more than 55 million people who live with epilepsy worldwide, medication is usually the go-to treatment for managing the seizures typical of the neurological disorder. For approximately one third of people, however, the more than 20 medications that are currently available remain ineffective. For these patients, epilepsy surgery may be the best option. A new research collaboration at Queen’s could help increase the number of people deemed suitable for this type of surgery, ultimately preventing seizures, and improving quality of life for those living with epilepsy.

“If you can demonstrate that seizures come from a particular part of the brain, then you can perform surgery to remove that part,” explains Dr. Gavin Winston, an Associate Professor in the Department of Medicine and School of Computing, as well as a faculty member of the Centre for Neuroscience Studies.

But while surgery as a treatment for epilepsy dates back to the late 1800s, Dr. Winston, who came to Queen’s from University College London (UCL) in 2019, says it is still an underutilized treatment that can provide a cure for up to 70 per cent of patients. As such, he says, “it is definitely worth considering.”

Traditionally, MRI scans are used to pinpoint abnormalities in the brain that could be the source of epileptic seizures. “If you can show, for example, that someone has a small tumour that is causing (those seizures), or has related scarring, those can be targeted to be removed,” he says.

The challenge, he explains, is that too often the MRI scans used for brain imaging are not clear enough to identify the specific area of the brain causing the seizures – meaning surgery is not an option.

“About one-third of people whom we know have seizures will have MRI scans where we don’t see anything,” Dr. Winston says, explaining that epilepsy affects about 0.75 percent of the population, and 260,000 people in Canada. “We are trying to figure out why that’s the case. Is it that it’s too small? That it’s too subtle? Or is it that there is simply nothing to see?”

One issue, he says, is that the human radiologists reviewing the scans can miss visual cues, especially if they are subtle. That’s because while a single MRI scan is comprised of several different types of scans, traditional diagnostic approaches only look at one type at a time, meaning details can be missed.

Dr. Winston’s latest research, published in September 2021 in the journal Neuroimage: Clinical , instead looks at the benefits of reviewing different types of scans together using computer-based analyses, providing a more holistic look at a patient’s brain. The result is a more powerful tool for detecting abnormalities and for enabling surgical treatment, which may in turn lead to more people being deemed suitable this type of intervention. This is the first time this technique has been used.

The study’s first author, Jonah Isen, performed this research as part of his Bachelor in Computing degree in the School of Computing at Queen’s, and has recently started as medical student in the School of Medicine in the Faculty of Health Sciences.

The research, which Dr. Winston conducted as a collaboration between the Division of Neurology and the School of Computing at Queen’s, builds on work he began while at UCL working with computer scientists to analyze anonymous data acquired from patients in the United Kingdom. When he arrived at Queen’s, Dr. Winston picked up where he left off, continuing to work on the same data with a new set of computer scientists.

The collaboration is a significant one for the university, especially given the fact that the Kingston Health Sciences Centre was designated as a District Epilepsy Centre in 2018, giving patients improved local access to assessment for epilepsy surgery, rather than requiring travel to larger urban centres.

Dr. Winston hopes these newly minted techniques for analyzing MRI scans, which he believes can easily be implemented at other epilepsy centres, will result in more patients being able to access life-changing treatment.

“The idea would be that you increase the number of people suitable for epilepsy surgery,” he says, explaining that the improved imaging can help with putting electrodes directly into the tiny areas of the brain responsible for seizures to locate their exact onset.

“I hope other centres will try applying this approach to their data,” he says. “Many will have the necessary data to apply this and to see how effective it is in their hands.”