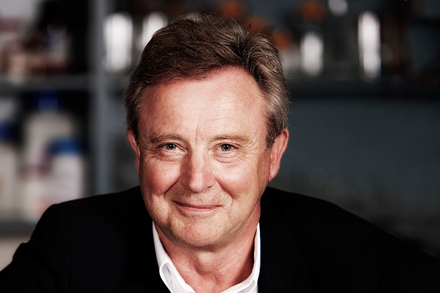 This week I am thrilled to announce that Dr. Roger Deeley is one of nine professors at Queen’s to be named a Royal Society fellow.1 I would like to congratulate Roger on achieving one of the highest honours that can be bestowed upon an academic in Canada; an honour that is well-deserved.

We all know Roger as a central figure in the function of the Faculty of Health Sciences, as can be seen by the many hats that he wears both at Queen’s and KGH. Roger serves as the Vice-Dean Research in the Faculty of Health Sciences, Vice President Health Sciences Research at KGH, and Director of Queen’s Cancer Research Institute. Roger not only oversees our strategic research plan, but he helps to lead our Industry Engagement Strategy and oversees the Clinician Scientist Program. He is an integral driver in our quest for excellence in health care research. We also know Roger as a spokesperson for cancer research, both provincially and nationally. He is a proud faculty member of the Department of Pathology and Molecular Medicine.

With all of his administrative roles, it’s easy to forget his real claim to fame: Roger is a world-renowned cancer biologist. The holder of the Stauffer Chair at Queen’s, he has published over two hundred peer reviewed papers and book chapters. Roger’s team focuses their research on the structure, mechanism of action, regulation of expression and subcellular trafficking of a superfamily of transmembrane transporters. Several members of the superfamily, multidrug resistance proteins, have been implicated in the clinical development of multidrug resistance, a major obstacle to successful systemic treatment of many solid and haematological tumors. Roger and his colleague, Professor Susan Cole, discovered the first of these proteins, human MRP1 in 1992.

I asked John Fisher, Director of Research Faculty of Health Sciences, to share his thoughts on Roger’s induction. “Roger is a quintessential Fellow of the Royal Society. As the Royal Society likes to put it, Roger is a scholar and scientist who has been ‘peer-elected as the best in their field’ and he is recognized for ‘remarkable contributions in the sciences, as well as in public life.’” Says John. “Although Roger is best known for his outstanding contributions to science, he is equally acknowledged as an incredibly influential, effective and hard working leader for the community of science at Queen’s, as well as across Canada and the globe. It is a true pleasure to see Roger’s accomplishments acknowledged by the Royal Society, and to offer our own enthusiastic congratulations, and our appreciation for his leadership and vision for FHS research.”

If you want to offer congratulations to Roger, please respond to this blog, send him a note, or drop by and visit him at QCRI or KGH; I know his door is always open.

Thanks for adding your congratulations.