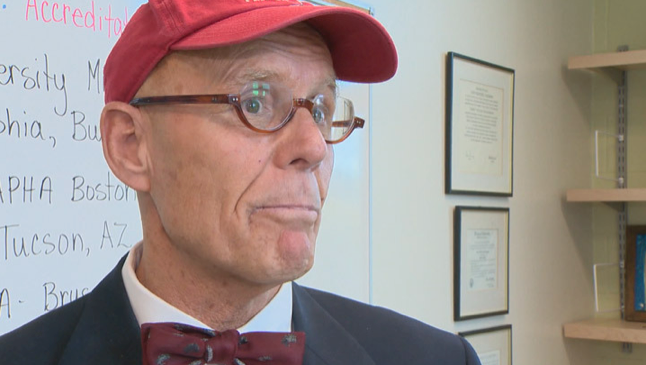 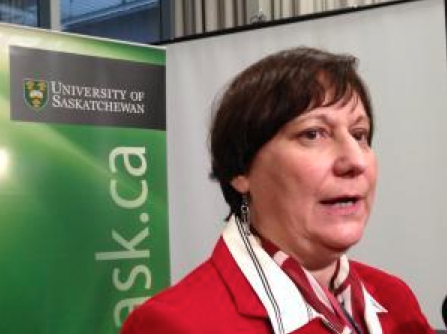 Academic freedom collides with university administration: A sad week for University of Saskatchewan

It has been quite the week for the University of Saskatchewan. It’s hard to imagine, a dean gets fired and his tenure stripped. Tenure was then re-instated. A provost resigns. The board of trustees fires the president. Such are the makings of a television mini-series. Tragic, but true.

Robert Buckingham, the dean of the School of Public Health at U of S, was fired last week when he spoke out against a restructuring plan at the university. He spoke out strongly against the university’s plans, aimed at cost-cutting, by producing a letter entitled “the Silence of the Deans” which he sent to the media and politicians.1

He was escorted off campus, and stripped of his tenure. The university had claimed he had breached his contract through the release of the letter.

Not long after, and with a great deal of outcry from students and faculty alike, U of S President, Ilene Busch-Vishniac reinstated Buckingham’s tenure, indicating that “we accept that we made a blunder and we hold tenure in the same high regard that everyone does throughout the world.”3

A few days later, the CBC reported that the “turmoil at the University of Saskatchewan is intensifying with the sudden resignation of the provost and academic vice-president Brett Fairbairn.”4

Amidst challenges regarding whether or not the dismissal of Buckingham violated “the Saskatchewan Act” which includes the need for administration to interact with a Board regarding high level dismissals, the Board Chair, Susan Milburn, commented “Tonight, we discussed the leadership of the university in depth. We do not want to act in haste and therefore we have not made any final decisions, other than to maintain our strong commitment to financial sustainability and renewal. We will conclude our due diligence before a decision is rendered on university leadership.”4

With “due diligence” concluded less than 48 hours later, “the board of governors announced the termination, without cause, of Busch-Vishniac as president and vice-chancellor, effective immediately. She is eligible to take up her faculty post in the university’s College of Engineering.”5

The board chair was quoted as saying…”Like most people across the province, I feel sorrow about the recent events that have unfolded at our university,” she said. “Now is the time to turn the page on this chapter, and to focus on a bright future.”7

The Board has now appointed former lieutenant governor Dr. Gordon Barnhart as interim president, a choice endorsed in a tweet from Premier Brad Wall as “an excellent choice as interim President for @usask Thank you to the board for this decision”.8

I am not sure just what lessons can be learned from the events of last week. To be sure, the principle of academic freedom is one that is sacrosanct, and is foundational to any university’s function. It is hard to imagine what might have prompted such precipitous decisions by individuals who, most likely, were considered seasoned university administrators. Experts in crisis management say the University of Saskatchewan “panicked” when it responded to bad press after the wildly controversial decision to fire an outspoken professor, and it must now launch an independent investigation to determine how senior administrators arrived at the decision.9

“You need, as a university, to stand back and say, ‘I’m letting someone independently look at every email, every phone call, every text message, every communication between all of the parties involved here,” said Bill Walker, principal at MidtownPR in Toronto, which specializes in crisis management.9

No matter what the post mortem analysis reveals, there has been severe reputational damage to the university. No doubt, these events will result in a major review of policies, procedures and philosophies that resulted in a most unfortunate chapter in the university’s history.

If you have any thoughts of this issue, just comment on the blog, or better yet…please drop by the Macklem House, my door is always open.

Thank you Richard for this…

Thank you Richard for this complete, balanced and well documented description of what happened at the U of S. What a mess they created for themselves before sanity returned! It is hard to imagine how such a sequence of insensitive actions could occur before back-downs and apologies had to be made. I am a strong supporter of academic freedom/tenure and particularly sensitive to this debacle having started at a School of Public Health because my experience at Queen’s encouraged me to seek an MPH degree at another prestigious university (Harvard) and pursue a career in research and administration. Hopefully nothing like this sad U of S episode could ever happen at Queen’s.

I appreciate your perspective and comments. It is hard to fathom that with all the checks and balances that should be part of university operations, this unfortunate event happened at a Canadian university.