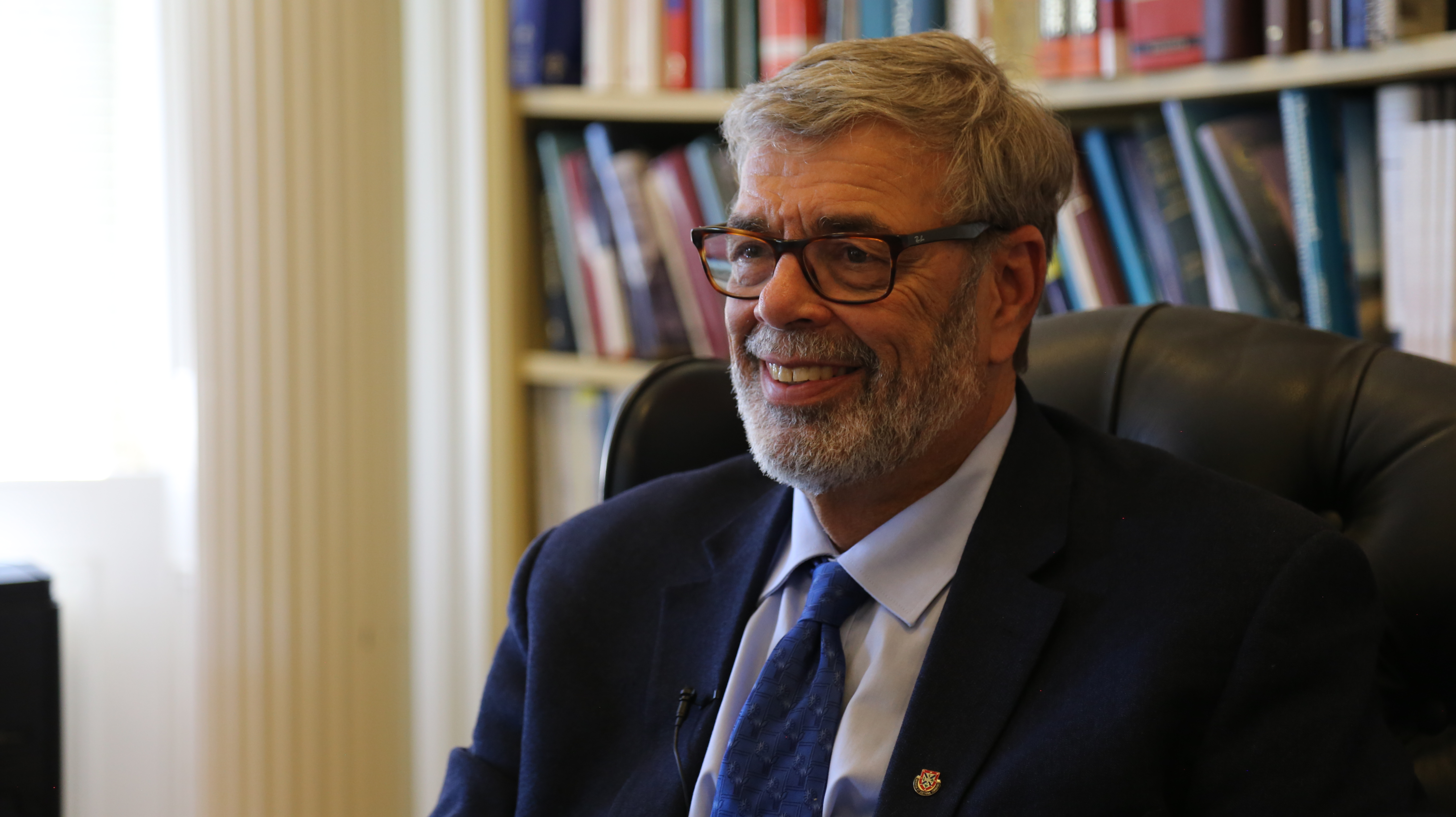 I swore I would never do this…but

I promised myself never to think about the end of my deanship, but the events of the last few weeks have made me break my promise. Just as we passed the new year, I became increasingly conscious of the fact that this truly is the last lap of what has been a privilege for the last nine and half years.

Last week, my successor, the Hon. Jane Philpott was announced as Queen’s next dean. Jane will be starting on July 1, and I know the entire Queen’s community wishes her well and is excited about her arrival. Here is a link to the announcement, which shares some of the details and the skills that Dr. Philpott will bring to Queen’s.

This past week, I was at my last Faculty Board meeting. At that meeting I gave a state of the faculty address, that was somewhat emotional, as it will be my last formal speech in my capacity as dean. I must say, I’m very proud of all that we have collectively accomplished in the last nine and a half years, and I am very confident that there is a strong foundation on which Dr. Philpott can build; a foundation for success.

This week, I was very privileged to have been elected as the President-Elect for the Royal College of Physicians and Surgeons of Canada. This is an organization I’ve been involved with for over 30 years. The President-Elect job lasts for one year, followed by two years as President and then one year has past president. So, my 30 years of engagement with the College will now be extended by four years of very active work for an organization that I know brings great pride to our medical community here in Canada.

The college has a new CEO, Dr. Susan Moffat Bruce, and I’m very much looking forward to working with her as well as the entire Council as we further the goals and ambitions of what is a rather unique organization around the world; an institution that has such a broad mandate for specialty medicine. You may know that we are one of the few colleges in the world that encompasses over 60 medical specialties. We are also rather unique in that we oversee the standards of training, accredit programs, set the final examinations, and oversee the maintenance of competence for practice.

Closer to the end of my tenure, I’ll fill you in on the extent of my planned activities for what will initially be an administrative leave for the next 15 months.

So, much too much work in the next four and a half months for me to become either too reflective or emotional, but I guess human nature is human nature, and it’s hard for me to divorce myself from the fact that not only will this be the end of my tenure as dean, but that I will be heading into semi-retirement.

However, there is still lots to look forward to, and more about this to come in future blogs.

If you have yet to take me up on my offer of stopping by the Macklem House, my door is (still) always open, but you better make an appointment soon!

Hi Richard, congratulations on your achievements, and your taking on new role as the President-Elect for the Royal College! It is a pity you did not get the chance to visit Sichuan where our proud Alumnus Dr. Kilborn and his families introduced and advanced the Western Medicine, and Medical Education. However I hope that you will find a chance to do so within your presidency for the College. Best, Zhiyao

Dear Zhiyao, Thank you for…

Thank you for your kind words. Indeed I regret not having had a chance to visit Sichuan, but hope that I will have an opportunity at some point in the future.

Dear Richard Thank you for…

Dear Richard
Thank you for your decade of leadership and, on a personal note, friendship and support. The FHS really has undergone a big transformation in the last few years in terms of its education, research and clinical mandates. I am particularly pleased to see so many young, accomplished faculty of diverse backgrounds joining Queen’s. You will leave behind such a positive legacy and many many superb leaders!

I speak from experience when I say “retirement” is more a state of mind than a change of life. Challenges are different and new (and there is suddenly freedom to say “no” on occasion!) but people who are happiest when busy go on to create a busy productive next phase to their life. I hope to have a chance to visit before you head north to Ottawa!

You have been a fantastic…

You have been a fantastic leader for Queen’s Health Sciences Richard - you were the right person for this period of innovation & growth ... and you have positioned the faculty so well for the future! I look back on our 6 years of working together in Kingston fondly and proud to see the continued accomplishments - especially as a Queen’s School of Nursing Alumni.

A colleague of mine talks about this next phase of life as “re-wiring “ instead of retiring - I like that idea! I wish you all the best in the home stretch as Dean - enjoy it & know how grateful so many of us are for your leadership & your friendship .... it’s been a great ride!

Leslee, Thanks for your…

Leslee, Thanks for your very kind and touching remarks. They are greatly appreciated. I love the term...rewiring...although I am looking forward to a bit more free time, especially with my grandson Saul!

Best wishes for your next…

Best wishes for your next endeavor. I have lived & practiced in the US since 1978. As a result, my certification is through the American Board of Anesthesiology. Nevertheless, as both a Canadian and a Queen’s grad there isn’t a day that goes by that I’m not thankful for my upbringing in Canada and the education I received. Since I graduated more than 45 years ago from Queen’s, you weren’t “my dean.” But it’s people like you that help Canada be entirely deserving of being one of the top countries in the world. As the US debates how to fix it’s broken healthcare system, they could do far worse than to turn to you and the Royal College for help. Thanks for almost a decade of nurturing my alma mater, and I hope your next adventure Is just as rewarding.
John DesMarteau Meds ‘74

John, What a lovely note…

What a lovely note. Thank you. I am sure both of our countries can adopt what's best from each system and actively learn from each other. Thanks for your kind words about my stewardship of your alma mater...It's been a privilege!

Congratulations on the next…

Congratulations on the next chapter of your career, Dr. Reznick.

The GDPM program has thoroughly enjoyed having you welcome the new cohort at the beginning of each term.

Best of luck for all your future endeavors.