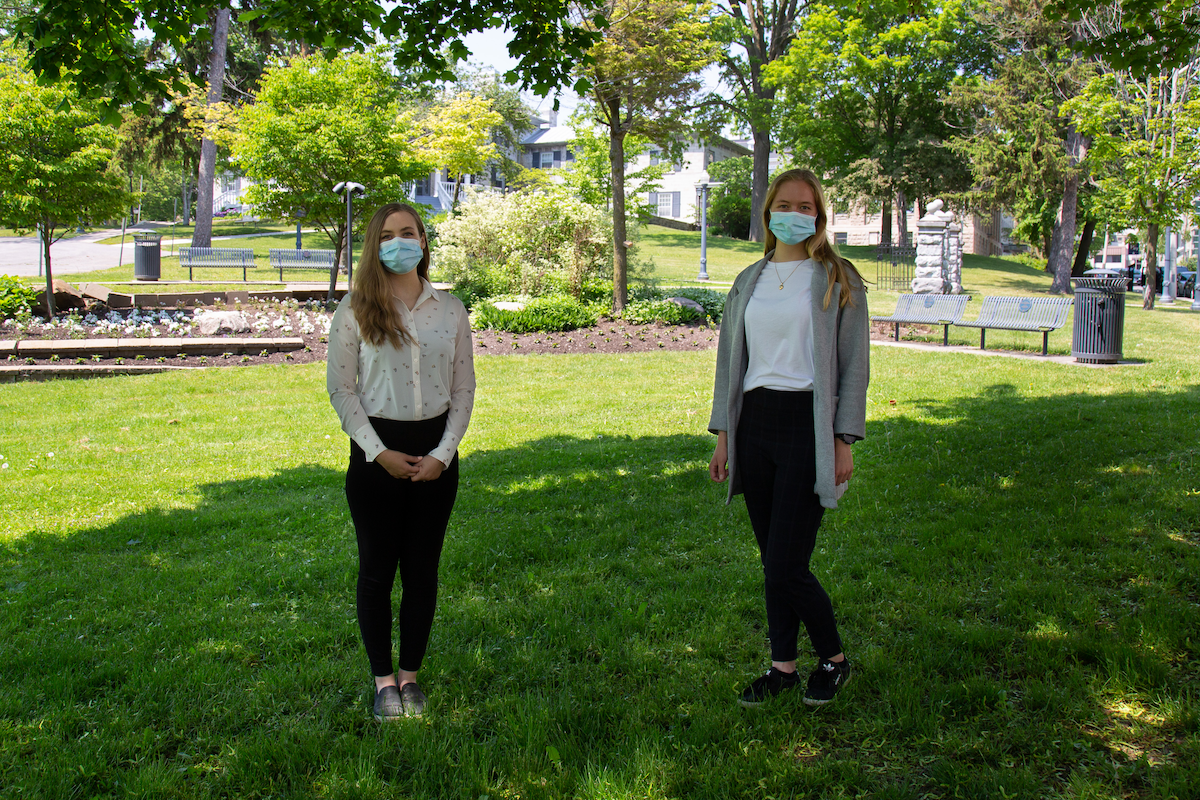 Two Faculty of Health Sciences (FHS) students, Emmanuelle LeBlanc and Ryan Kirkpatrick, have been named as 2021 Vanier Scholars. As students in the joint MD/PhD program here in FHS, Emmanuelle and Ryan were both eligible for this scholarship, which is awarded to learners completing their doctoral studies. Vanier scholarships are valued at $150,000 ($50,000 per year for up to three years) and are awarded based on Academic Excellence, Research Potential, and Leadership.

Launched in 2008 and named after Canada’s first francophone Governor General, the Vanier Canada Graduate Scholarship (Vanier CGS) program aims to further establish Canada as a centre of research excellence and higher education by helping Canadian institutions attract highly qualified doctoral students. The Vanier CGS program awards up to 166 scholarships on an annual basis, providing funding to dozens of institutions across the country.

Emmanuelle is currently completing the first year of her MD/PhD in the Department of Biomedical Sciences. She is doing her PhD in virology, looking specifically at virus entry, and hopes to pursue a career as an infectious disease specialist after graduation. “It’s exciting to be awarded this scholarship so early into my program here at Queen’s because it lets me know that I’m on the right track,” says Emmanuelle. “Moving forward with this funding I will have the opportunity to be more explorative and take on higher risk research projects that I otherwise may not have been able to.”

Ryan, who is in her second year of the MD/PhD program, is completing her PhD in the Centre for Neuroscience Studies (CNS) at Queen’s and hopes to pursue a career as a physician scientist. Ryan’s research looks behavioural biomarkers of eating disorders in youth using eye tracking. However, she’s recently had the opportunity to study the need for physician scientists and the role they can play in shortening the gap between research and clinical practice. “I’m very passionate about the need for physician scientists and am personally very excited to continue on this path in the MD/PhD program,” says Ryan. “Being awarded this scholarship is surreal because not only is it a lot more funding than I’m used to but it’s also a great opportunity to promote my research, as eating disorders are not something that is commonly studied.”

Both Emmanuelle and Ryan were selected as Vanier Scholars due to the wide variety of leadership experiences they gained throughout their educational careers and extracurricular activities. During her Undergraduate and Postgraduate degrees, Emmanuelle had the opportunity to work in medical chemistry, pharmacology, chemical biology, and microbiology labs. In addition, she spent several years acting as a mentor to youth with disabilities, even volunteering as a running guide for visually impaired athletes competing in marathons. During her Undergraduate degree, Ryan began working with an eating disorder treatment team in Kingston and has continued this research into her PhD studies. In addition, Ryan acts as the lead of the CNS’s Student Leadership Committee, where she advocates for the needs of her fellow students, and is the co-founder of the Queen’s Kenya Help chapter.

When asked what advice they have for current and prospective students, both Emmanuelle and Ryan encouraged learners to pursue their passions and not be afraid to take non-traditional pathways. “Everyone approaches medicine in a different way,” says Emmanuelle. “It’s important that you focus on why you like medicine instead of striving for the traditional pre-med pathway.” “Pursuing a career in medicine takes a lot of patience but it is worth it,” says Ryan. “The biggest piece of advice I would give is to be persistent and don’t be afraid to explore all of your options.”