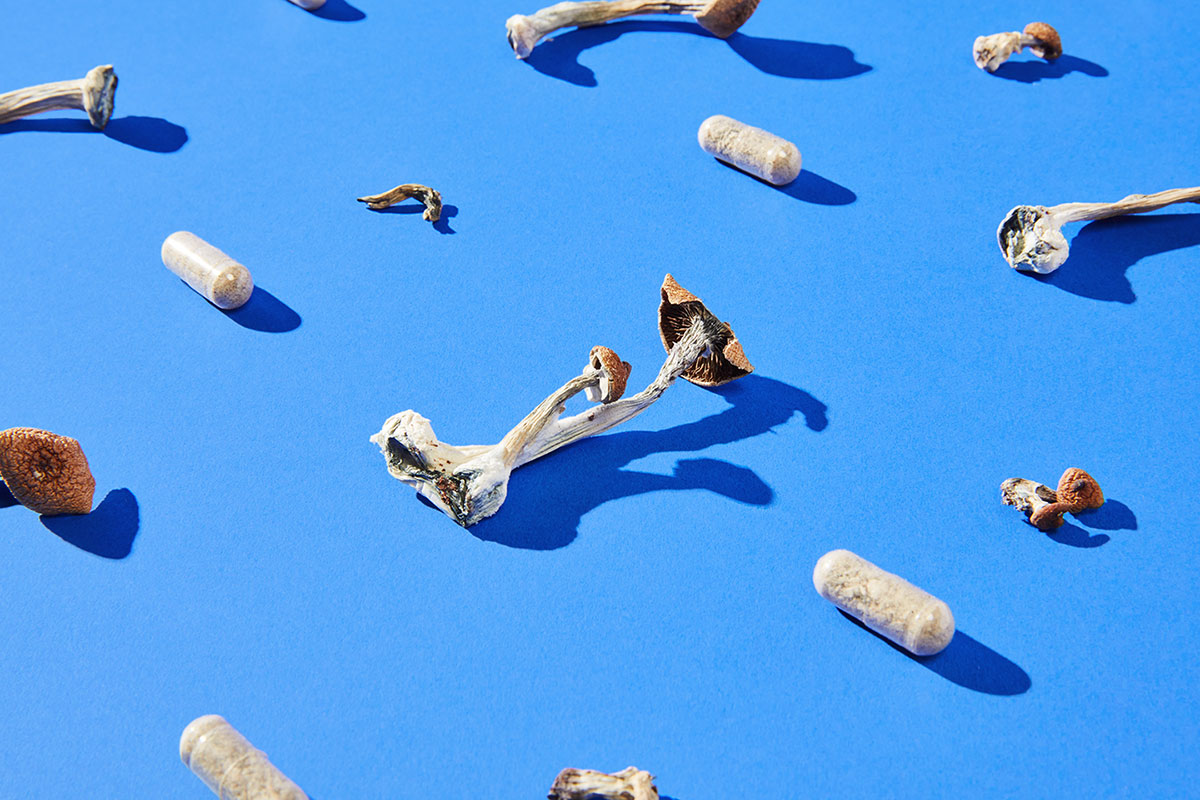 This story is part of #TheNext25, an ongoing series exploring how Queen's Health Sciences is reimagining health education, research, and patient care.

David Clements was 15 when he first read The Doors of Perception. Published in 1954, Aldous Huxley’s account of his experiments with mescaline marked a sharp turning point in the popular perception of psychedelics and psychedelic drug research. For Mr. Huxley, these substances weren’t tools for turning on, tuning in, and dropping out, but possible ways for humans to expand consciousness. As he put it, his mescaline hallucinations weren’t distortions. “This is how one ought to see, how things really are,” he famously wrote.

For Mr. Clements, the book marked the beginning of an interest in how we might expand consciousness, enhance empathy, and explore psychotherapeutic approaches. And now the Queen’s MPA grad is putting that interest to work as the executive director of Psychedelics Research at Queen’s Faculty of Health Sciences.

The position was created in June 2021 in the lead-up to the launch of the Dimensions Health Research Collaborative, which is now bringing together researchers from across Queen’s and elsewhere to develop drug trials, policy, education, and knowledge translation in the field of psychedelics. Dimensions Health Centres Inc., which runs residential retreats and is exploring the use of psychedelic medicines and other interventions, is the founding partner of the collaborative.

Mr. Clements couldn’t have imagined a joint venture like this when first reading The Doors of Perception back in the ’80s. There is evidence that various psychedelics were used by Indigenous Peoples for hundreds, if not thousands, of years. And while substances like LSD showed initial promise in the 1950s for treating a range of mental-health issues, that research was abruptly halted in the late 1960s as the war on drugs took hold. The next 40 years became known as the “dark ages” for psychedelics research.

Today, however, as regulations begin to loosen and commercial interest blooms, psychedelics are being evaluated for their ability to relieve anxiety, treat depression, reduce fear in people with terminal illness, and even combat alcoholism.

“We’ve known since the 1960s that there is promise for the integration of psychedelics into our regimes for some of these very difficult-to-treat conditions,” says Mr. Clements. “But to really establish the evidentiary basis for the clinical use of psychedelics, we need to have more well-structured, designed and sufficiently powered studies.” And that’s where the Dimensions Health Research Collaborative comes in, he says.

When it was announced, the collaborative touted a “multi-pronged approach.” The focus would be on furthering existing psychedelics research, building education and awareness about the potential benefits and risks of psychedelics, and supporting the development of ethical and evidence-informed policy. Other goals included supporting training, education, and knowledge translation for health-care providers, as well as developing best practices for psychedelic therapies and harm reduction guidelines for the growing trend of personal use.

The collaborative has also appointed its first research scientist, Ron Shore. Dr. Shore is a doctoral candidate in the School of Kinesiology and Health Studies, where his research focuses on the clinical application of psilocybin (or magic mushrooms). His initial focus with the collaborative will be on knowledge translation, he says, because there is a critical need for reliable, accurate, and evidence-based claims about the potential of psychedelics.

No wonder. The progression of psychedelics research in Canada over the past five years has been “wild,” says Dr. Shore. “As a drug researcher, I’ve never seen this level of positive interest in illicit substances. Given the backdrop of the opioid/drug toxicity/overdose crisis, and the clear mental-health burden of COVID in society, there is massive popular interest in psychedelics, and researchers are quickly developing all sorts of new clinical trials.”

The Next 25 isn't possible without your support - make your gift to Queen's Health Sciences today.