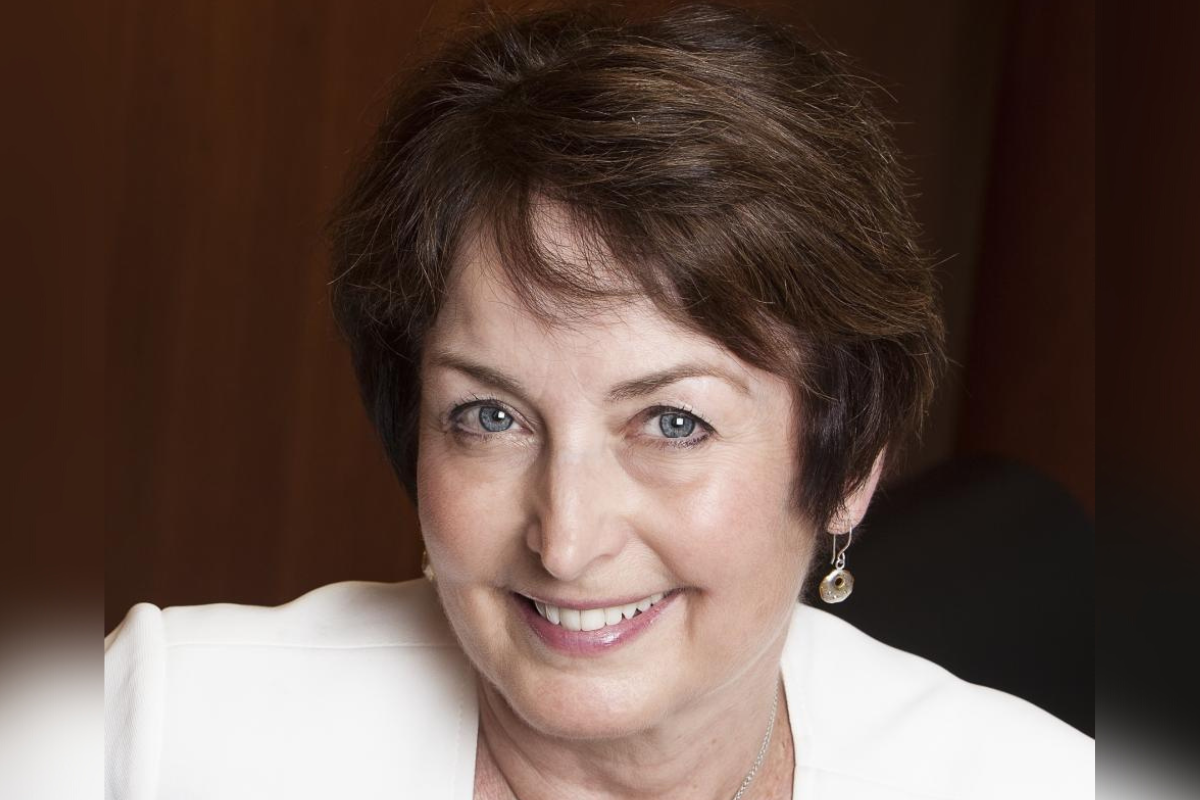 Queen’s Health Sciences is proud of the vast cohort of female healthcare providers and researchers making a difference in Canada and beyond. This International Women’s Day, we celebrate all our female-identifying students, alumni, staff, faculty. One particularly remarkable member of our community is Dr. Elizabeth Eisenhauer, winner of the country’s top medical research prize in 2021: the Canada Gairdner Wightman Award, which honours one Canadian health researcher who “demonstrates extraordinary leadership paired with exceptional science.”

Dr. Elizabeth Eisenhauer began her studies at Queen’s School of Medicine and graduated with the class of ‘76. At this time, she was one of only 13 female students in her class of 75. Upon completing medical school, she trained in internal medicine and hematology, all while starting a young family. After the birth of her second child, Dr. Eisenhauer became the first female faculty member in the Department of Medicine and later became a member of the Department of Oncology. Dr. Eisenhauer’s extraordinary contributions extend to impactful national and international leadership roles including the founding in 1982 and subsequent direction of the Investigational New Drug Program (IND) of the National Cancer Institute of Canada Clinical Trials Group (NCIC-CTG), now the Canadian Cancer Trials Group. Dr. Eisenhauer also co-led the Methodology for the Development of Innovative Cancer Therapies International Task Force where she developed recommendations for the design and endpoints for trials of novel targeted cancer agents. She led the creation of the first collaborative cancer research strategy for Canada in her role as co-Chair of the Canadian Cancer Research Alliance, convened the first Summit to create a Tobacco Endgame for Canada and was inaugural Expert Lead for Research in the Canadian Partnership against Cancer.

Despite her evident capacity to lead, Dr. Eisenhauer emphasizes that “It would be false to say all the successes that occurred under my leadership happened because of me. I’ve had the pleasure of collaborating with brilliant clinicians and researchers across Canada, and the globe. Oncology is at its core a multi-disciplinary field, and I happily share my accolades with countless others.”

Most recently, Dr. Eisenhauer served as Head and Professor for the Department of Oncology at Queen’s University before retiring in 2017. She then returned part-time to become Innovation Lead at Kingston Health Sciences Centre.

In addition to her significant research, Dr. Eisenhauer has devoted herself to the advancement of cancer therapy, supportive care and prevention. “We are very cure-oriented in medicine,” explains Dr. Eisenhauer. “Finding a cure is of course paramount, but researchers and clinicians also need to consider how we can better support cancer patients. Not all patients will survive their illness. So how do we give our patients good quality of life up until the very end?”

She also describes the importance of research collaboration both nationally and internationally in advancing cancer care. “The growing number of clinical cancer researchers is crucial, but it also means that they're all wanting to make a difference, and this leads to large numbers of clinical trials, some of which are duplicative of each other,” says Dr. Eisenhauer. “I always felt it was important to be focused more on collaboration and getting the big questions answered faster than to do multiple small trials. If there are 10 trials all asking exactly the same question in 10 different countries, making discoveries takes 10 times as long.”

Dr. Eisenhauer speaks from experience: she coordinated of over 170 phase cancer trials across Canada, the US and Europe.

That breadth of work is part of why Dr. Eisenhauer earned the distinction of a 2021 Gairdner Award. Her announcement commended her for the "investigation of new cancer drugs and delivery approaches, leading change in cancer clinical trials and establishing new standards of cancer treatment that have impacted patients around the world.” The award marks a crowning achievement in her career, which she discusses with great humility. “I continue to be in disbelief,” she says. “Most science awards go to clinicians working in labs. I think it's important to recognize that the spectrum of research that can be done is not just lab-based -– it's clinical research, it's public health and policy research. It was very much an honour in and of itself, but it also meant something important to me to see the clinical research side of the equation being honoured by Gairdner in the way it was.”

Though she is retired, Dr. Eisenhauer retains an adjunct position with the Department of Oncology and serves on various boards and committees including at the Ontario Institute for Cancer Research, and the European Organization for Research and Treatment of Cancer. Reflecting on her teaching career and the challenges she faced as a medical student, Dr. Eisenhauer continues to be interested in what educators and institutions can do to provide sufficient support for students. “I think part of the support question really lies in ‘how do we design the curriculum?’ We need to look at how we can get young people exposed to the life experiences that will make them good clinicians, good physicians, good nurses, good physical and occupational therapists while ensuring that their own health and aspirations are being met.” Unsurprisingly, Dr. Eisenhauer is a recipient of numerous awards beyond the Gairdner; they include the O. Harold Warwick Prize from the National Cancer Institute of Canada in 2002, the Society of Gynecologic Oncology of Canada Presidential Medal Award in 2010, and the NDDO Award Lecture at the international conference on Targeted Anti-Cancer Therapies in Amsterdam in 2012. That same year, Dr. Eisenhauer received the Queen Elizabeth II Diamond Jubilee medal for “her tremendous commitment to the advancement of cancer therapy, supportive care and prevention across Canada and internationally.” In 2015 she was elected a fellow of the Royal Society of Canada. In 2017 she received the Exceptional Leadership in Cancer Research award from the Canadian Cancer Research Alliance (CCRA) and she was named an Officer of the Order of Canada in2018.

Dr. Eisenhauer’s commitment to the advancement of cancer therapy, supportive care and prevention is unparalleled. Her extensive research contributions and leadership within the field of cancer care in Canada have influenced and advanced the conduct of clinical trials internationally, making her not only a singular doctor, but a remarkable woman in medicine. “I was only capable of succeeding as I have due to the incredible support I had throughout my career. I was privileged to have collaborative colleagues across the country in the work I did here at Queen's in the Canadian Cancer Trials Group, but also because I was blessed with a husband and daughters that were very encouraging of all my endeavours. Without my mentors, colleagues, and family, it would have been hard to do all the things I was privileged to do.”