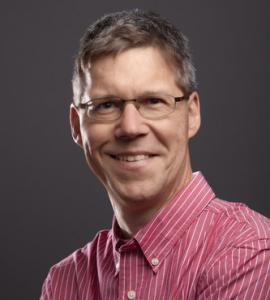 The Board of Directors of Kids Brain Health is delighted to announce the appointment of Dr. James Reynolds as Chief Scientific Officer (CSO) of the Network. Dr. Reynolds, a Professor of Biomedical and Molecular Sciences, and Associate Dean in the School of Graduate Studies at Queen’s University, has been serving as KBHN’s interim CSO since July 2018. Involved with the Network since its inception in 2009, Dr. Reynolds has served as lead for the Fetal Alcohol Spectrum Disorder research program, and held the post of Deputy Scientific Director of the Network for three years.

In the CSO role, Dr. Reynolds will continue to advise, guide, develop and lead the scientific direction of Kids Brain Health to ensure that KBHN-funded activities result in the greatest possible impact on the lives of Canadians.

“I am deeply honoured to have the opportunity to provide scientific leadership to the Kids Brain Health Network,” says Dr. Reynolds. “Over the past nine years, this dynamic organization has supported many of Canada’s most accomplished researchers and clinicians working in the field of neurodevelopmental disabilities, and built up an extensive national network of partners who work with us to enable the translation of new discoveries into practice. As we move into the next phase of the Network’s evolution, I’m committed to furthering the Network’s mandate to apply new knowledge about children’s neurodevelopmental disabilities to make a difference in the lives of children and families across the country.”

Dr. Reynolds’ initial priorities will be delivering on the commitments made as part of KBHN’s second – and current - five-year funding cycle, and working with the Board and CEO, Nicky Lewis to craft a successful Cycle III proposal to the NCE Program that raises the bar for research, innovation and commercialization among our investigators across our areas of focus in early identification, evidence-based interventions, and child and family support.

“We extend a warm welcome to Dr. Reynolds in this new post,” says Board Co-Chair David Kuik. “The Board of Directors has great confidence in Dr. Reynolds as an accomplished scientist and recognized leader with a passion for kids’ brain health, and a track record of translating ideas into action in our Network priority areas, including innovation, commercialization and knowledge mobilization.”

“Dr. Reynolds also brings an extensive background in building multi-stakeholder teams and achieving impact on a national and international scale,” adds Board Co-Chair Donna Duncan. “His work developing eye tracking as a viable screening tool for FASD is just one example of his capacity to lead innovative research programs, and this success in Canada led directly to a new collaboration in Australia with the Telethon Kids Institute.”

Kids Brain Health Network (KBHN) is a national network of researchers and health professionals dedicated to helping children with neurodevelopmental disabilities and their families. We fund collaborative research, train the next generation of developmental neuroscientists, and mobilize the knowledge we generate. KBHN is funded by the Networks of Centres of Excellence (NCE), a program of the federal government meeting Canada’s needs by focusing a critical mass of research resources on social and economic challenges, commercializing and applying home-grown research breakthroughs, increasing private sector R&D, and training highly qualified people.

“I am delighted to be working in tandem with Dr. Reynolds as we head into our third and final cycle of support from the Networks of Centres of Excellence,” says CEO Nicky Lewis. “Building on the strengths and achievements of Cycles I and II, our focus will be firmly centered on implementation, so that as many children as possible and their families can benefit from new discoveries. Together with our partners, KBHN will move knowledge to impact in our areas of focus across the breadth of neurodevelopmental disabilities. We invite all stakeholder to join us in this journey towards making transformational change in the lives of Canadian children and their families.”