Dr. Stephen L. Archer reappointed as Head of the Department of Medicine

Dr. Stephen L. Archer reappointed as Head of the Department of Medicine 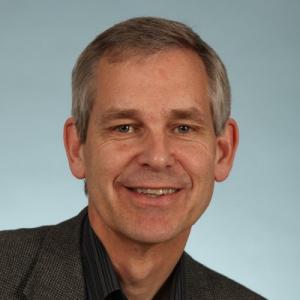 Acting Dean Christopher Simpson is pleased to announce that Benoit-Antoine Bacon, Provost and Vice-Principal (Academic) at Queen’s University, has reappointed Dr. Stephen Archer as Head of the Department of Medicine, Faculty of Health Sciences, beginning July 1, 2018. Dr. Archer will hold the appointment until June 30, 2023.

Dr. Archer graduated from Queen’s University in 1977 with his Bachelor of Arts, where he also earned his Doctor of Medicine in 1981. He went on to complete a rotating internship at the Royal Columbian Hospital in New Westminster, BC in 1982, followed by his residency in Internal Medicine at the University of Minnesota in 1985. In 1988, he completed his Cardiology Fellowship at the same institution.

Dr. Archer directs an NIH- and CIHR-funded research lab at Queen’s University that studies basic mechanisms of oxygen sensing in the vasculature and investigates the role of mitochondria, both as oxygen sensors and regulators of cell proliferation. He has published more than 250 peer-reviewed manuscripts and five books and has been cited over 31,000 times (H-index 86). His research is published in journals such as The New England Journal of Medicine, The Lancet, Circulation, Cancer Cell, The Proceedings of the National Academy of Sciences and Circulation Research.

For his outstanding work in his field, Dr. Archer has been honoured with numerous awards, including the 2016 Distinguished Scientist of the American Heart Association, the 2013 Coeur d’Or Award from the Chicago American Heart Association, and the Award of Merit from the Cleveland Clinic Respiratory Institute. At Queen’s University, he holds a Tier 1 CRC on Mitochondrial Dynamics and Translational Medicine since 2013.

Alongside Dr. Stephen Vanner and Dr. Paula James, Dr. Archer has an integral role in the creation of the Translational Institute of Medicine (TIME) and the new Translational Medicine Graduate Program. TIME aims to accelerate the translation of biomedical discovery for improved patient care through improved access to research equipment, expertise and infrastructure, enhanced collaboration, and training of the next generation of clinician scientists.