One of the most important events on the Centre's annual calendar is the occasion of the Sinclair Lecture. A brief description of its history and purpose is presented here.

Dr. Duncan G. Sinclair needs very little introduction to members of the Queen's Community. A graduate of the Ontario Veterinary College (DVM) and the University of Toronto (MSA), he obtained his Ph.D. in physiology at Queen's University and joined the faculty in 1966 as a Markle Scholar in Academic Medicine.

He served as Dean of the Faculty of Arts and Science (1974-83), Vice-Principal (Institutional Relations) (1984-86), and Vice-Principal Services (1986-88). In 1983-84, he was seconded to the Medical Research Council (MRC) of Canada as Director General of Program Operations, and, in 1989 he was awarded Honorary Fellowship in the Royal College of Physicians and Surgeons of Canada. Dr. Sinclair also held positions at Queen's such as Vice-Principal (Health Sciences) and Dean of the Faculty of Medicine before retiring in 1996. Still committed to teaching, Dr. Sinclair continues to provide guest lectures for the EPID 803 course.

Dr. Sinclair has also contributed widely beyond the confines of academe. He served on the Ontario Ministry of Health's Steering Committee for Review of the Public Hospitals Act and was Chairman of the Task Group on Governance. He was a member of the Premier's Council on Health, Well-Being and Social Justice and acted as Chair of the Council's Research Steering Committee. He was also served on the Ontario Cancer Treatment and Research Foundation Advisory Board and a member of its Executive Committee. He achieved national recognition as a member of the National Forum on Health and, more recently, as Chair of Ontario's Health Services Restructuring Commission. In 2001, he completed his term as founding Chair of the Board of Canada Info Highway, an organization designed to foster the development of a national capacity for health information management.

In recognition of Dr. Sinclair's contribution to the MRC, and reflective of his interest in health policy, Dr. Henry Friesen, President of the Medical Research Council of Canada, announced the establishment of the Dr. Duncan G. Sinclair Lectureship in Health Services and Policy Research at Queen's University in November 1997. The MRC pledge was matched by the Faculty of Health Sciences. The inaugural lecture, held in 1999, featured guest speaker Dr. David Naylor, Dean of Medicine at the University of Toronto. Dr. Naylor spoke on "Canadian Health Care: The Troubled Transition." In recognition of the importance of this realm of health research in Canada, Duncan and Leona Sinclair assured the longevity of the Lectureship by a generous supplement to the capital fund in 2001.

Are you looking for external funding opportunities? 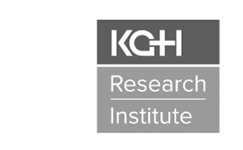 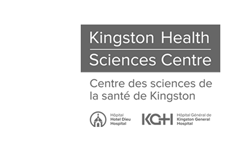