Looking for a definitive cure for HIV 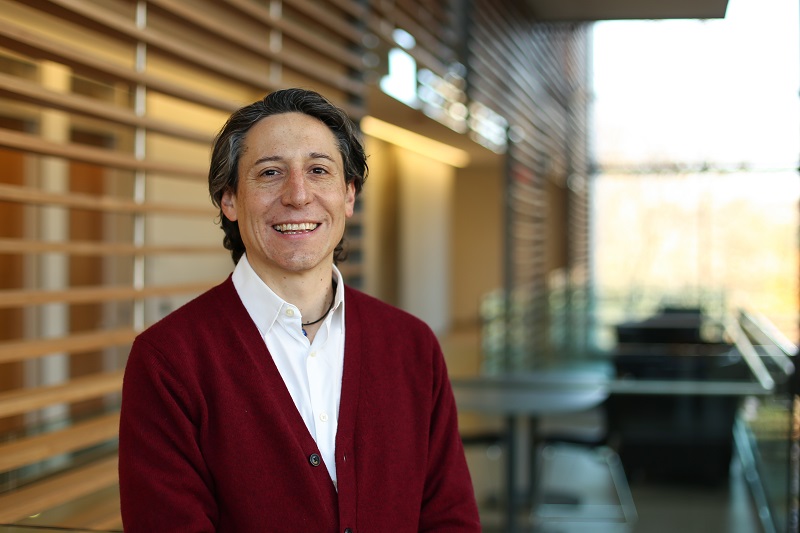 Looking for a definitive cure for HIV

This article was original published in the Queen's Gazette.

A lot has happened since the human immunodeficiency virus (HIV) and acquired immunodeficiency syndrome (AIDS) were first described in the early 1980s. Sexual health education campaigns have helped to curb transmission in most developed countries. Thanks to effective drugs, being infected no longer equals a death sentence. Yet, over 60,000 people in Canada and 37.7 million people worldwide still live with HIV and depend on medications daily, and for the rest of their lives. That's the only way to keep their viral loads low enough to avoid developing AIDS symptoms or transmitting the virus to others.

This is why scientists are still looking for a definitive cure: a short-term treatment capable of eliminating the virus for good. Taking part in this global effort is Santiago Perez, an infectious disease clinician and researcher in the Faculty of Health Sciences.

“I had a personal interest in HIV very early on my career,” Dr. Perez says. They were a medical student in the 1990s, when AIDS mortality rates were peaking. The scientific community was just beginning to unravel the complexity of the disease. “I felt compelled to do something to help.” Before joining Queen’s in 2019, they had been working in HIV immunology research in Mexico and France.

Dr. Perez is particularly interested in acute HIV infection and the human immune response. One of the biggest questions still lacking a satisfactory answer is how HIV manages to “hide” in the human cells. The virus gets to the point of being undetectable in patients undergoing treatment. If therapy is interrupted, it multiplies again.

HIV is a retrovirus, meaning it can insert its own genes in the DNA of infected cells. This is why immunization (via vaccines) and cure are so hard to accomplish. The most effective treatments so far are antiretroviral drugs, which suppress virus replication.

Scientists are now looking at CAR T-cell therapy, a particular form of immune therapy traditionally used to treat leukemia and other forms of cancer, to defeat HIV. “The idea is to take lymphocytes from the patient and reprogram them – using genetic engineering – to fight a particular molecule,” explains Dr. Perez. “The reprogrammed cells are then inserted back in the patient and start fighting the cancerous cells.” To be able to do the same with HIV, scientists are looking for biomarkers that can be used as targets for the CAR-T cells.

While recognizing this is a very bold goal, Dr. Perez is excited to advance this research because of the potential benefits for the patients.

“Even though people can now live with HIV, they still face the stigma. They still have to go to the doctor, take pills, and run blood work. When I talk to people living with HIV about this, they all say they wish there was a way to get rid of the virus. That’s why I’m motivated to find a cure for HIV,” Dr. Perez says.

Disease within a context

HIV infection has a close relation to human behaviour and social factors. In the rise of the AIDS pandemic, the disease was described as particularly affecting homosexual men. But this does not reflect the full picture.

Most people living with HIV in the Americas and Europe are male. But in Africa – the continent with the highest HIV infection prevalence – women are more affected than men. In South Africa, the major risk factors are being female and under the age of 17, often a result of sexual abuse and sex trafficking. “Even though women represent more than half of people living with HIV worldwide, they have been excluded from research because of the assumption that the virus affects more men than women,” highlights Dr. Perez.

Social determinants of health play a crucial role in how HIV spreads among populations. In their clinical practice in Kingston, Dr. Perez notes that many patients use intravenous drugs. These patients were possibly contaminated by infected syringes. Many are also in and out of prison. In Ontario, only patients over 65 have access to free antiretroviral treatment for HIV. These layers of complex social dynamics and access – that vary within provinces and cities across Canada – pose challenges for HIV prevention, treatment, and research.

Around the world, stigma is still one of the biggest challenges in combating HIV. “It prevents people from getting tested and from engaging in care,” says Dr. Perez.

Another huge challenge is how to provide access to treatment in low-income countries. “New therapeutics or curative treatments need to be available for global distribution, not only for rich and developed countries. Research must take that into account”, states Dr. Perez.