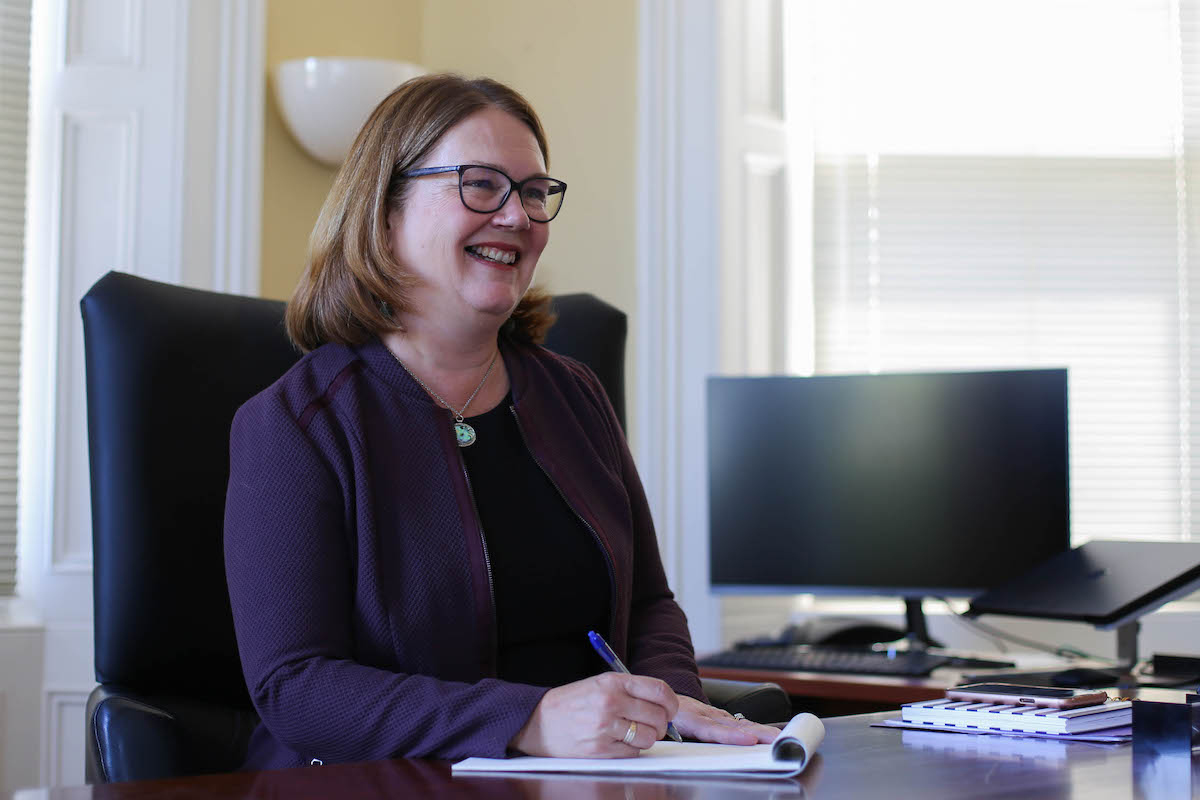 Moving the needle on EDI through collaboration

As the Forum went on, I came to realize that the row of four learners whom I had assumed were in the same nursing program were in fact all in different programs across Health Sciences. They had gotten to know each other through their participation in the working groups of the Dean’s Action Table on EDI (DAT-EDI).

Last week’s Forum was inspiring in many ways. We learned about the incredible projects that the working groups have led. I was in awe of how much has been accomplished in the year since we launched these EDI initiatives. We heard from two fantastic speakers, Regional Chief Kluane Adamek and Dr. Ivan Joseph who enchanted us with stories and challenged us to stretch how we think about moving the needle on inclusion at Queen’s. That challenge was amplified by the panel of four BIPOC women leaders from Queen’s who reminded us how far we’ve come and how far we have yet to go.

But I was most struck by how the Forum was a living embodiment of taking down walls and siloes between programs and schools. It was a step in the direction of a united faculty, one that will come to life as we unveil and deliver on our new strategic vision, Radical Collaboration. Those four individuals from separate programs who had come together as fellow students and future colleagues showed me that we are already well on our way to becoming Queen’s Health Sciences (QHS).

So, what have the EDI Office and DAT-EDI working groups been up to over the last year? A lot, it turns out.

The Outreach and Summer Programs working group announced that in November, they will be launching the Health Care Youth Program (HYPE), a youth program offering mentorship to high school students. They will welcome 20 students initially, with plans to grow the program dramatically in the years to come.

The EDI for Admissions working group brought forward several evidence-based proposals to shift admissions processes to be more equitable. A more holistic approach to admissions would, in the words of Dr. Joseph, support those students who are “differently prepared” but equally ready for success in our programs.

The Research and EDI working group reminded us to pay attention to the gaps in our conversations about EDI. Whose voices are not being heard in our research efforts? They reported back on the EDI survey that members of the QHS community completed in the spring and called for a research-focused EDI survey to gather data to inform their next steps.

The Recruitment, Retention and Mentorship working group advised us to look at people from underrepresented groups who are still at Queen’s to better understand resilience and the factors that made it possible for them to stay or thrive. They emphasized the importance of mentorship and outlined how we can improve current practices.

The Professional Development working group explored the training implications of the EDI survey. They highlighted the strong call for further EDI training and gathered input from Forum participants on the professional development experiences that were most impactful to them.

The Faculty-wide EDI Curriculum working group presented a model based on Pedagogy of Peace by Lindsay Brant, as a starting point for the integration of EDI principles into curricula. They showed us how this model can be adapted to include processes of unlearning and relearning. They sought Forum participants’ feedback on how to apply the model in practice.

The Culture and Community working group presented a grassroots model wherein EDI Champions are identified and supported in changing the culture of the Faculty. They offered guidance on how to avoid the “minority tax”, how to provide recognition and compensation, how to select Champions both at Queen’s and regional sites, and how to support and train Champions to set them up for success.

We were fortunate to have Chancellor Murray Sinclair share some reflections as we closed the Forum. He reminded us that we have a long way to go, and that “it is important for us to recognize that we need to change the way we’re doing things.”

Indeed, the road is long, but I am feeling inspired and energized after spending two days with some of the DAT-EDI's 160 volunteers who are moving us forward, towards our goal.

My heartfelt thanks to everyone who contributed to making this Forum a reality. I know that there will be more to come, and I cannot wait to see what they bring. For now, you can share your thoughts on the Forum or your feedback for our working groups by commenting below.