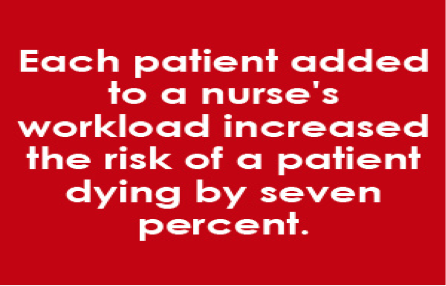 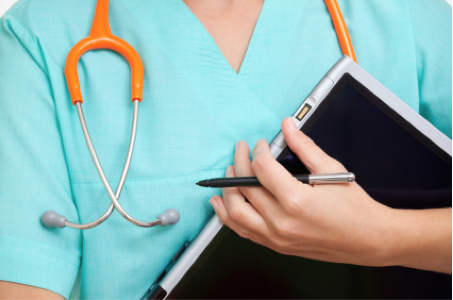 A recent study published in The Lancet showed that hospitals that have a higher proportion of baccalaureate-trained nurses have a lower mortality rate. The same study showed the nurse to patient ratio, on a surgical ward, was an important factor in hospital-related mortality.1

The study, performed in Europe, analyzed the discharge data of 422,730 patients who underwent surgery at 300 European hospitals. The outcome measure analyzed was 30-day hospital mortality rates. The variables analyzed included the proportion of baccalaureate-trained nurses on the wards and the average nurse to patient ratios. The authors found that both factors were significantly associated with mortality. Specifically, they concluded that an increase of one patient per nurse was associated with a 7% increase in mortality and for every 10% increase in the proportion of baccalaureate-trained nurses a hospital ward has, there is a 7% reduction in mortality.1

The study sheds light on a longstanding debate about the added value of degree preparation for nurses. It also provides evidence for those who advocate that budgetary pressures that are affecting hospitals should not translate to higher patient to nurse ratios to save dollars.2

It is of note that this is not the first such study that provided evidence for the value of degree-trained nursing personnel. As far back as 1994, similar data were reported.3

Jane Kirschling, a respected nursing dean and President of the American Association of Colleges of Nursing (AACN), applauds the study. She commented, “these findings significantly augment the growing body of research, which shows that quality patient care hinges on having a well-educated nursing workforce.”4

The study reports findings that are correlational, and as such, causation is inferred and not proven. However, there is no question that the study has impact on the decision- making regarding nursing staffing in hospitals. It is the largest and most comprehensive study to date.5

I would hasten to add to the discussion that not all would necessarily agree with the conclusions of the study. And to be sure there are a multitude of excellent nurses who do not have baccalaureate degrees. That notwithstanding, the data provided in this study provide evidence for the benefit of degree programs; such as those we offer at Queen’s University.

If you have any comments about this study, respond to the blog, or better yet, please drop by the Macklem House, my door is always open.

Why am I not the least bit…

Why am I not the least bit surprised by the results from this study!? Because there have been other studies done showing the same result, perhaps not with the sample size of this study, but the same result. Now, if we would be so bold to attach dollar signs to these outcomes, particularly as they affect morbidity, and resources needed to cope with that morbidity in inpatient and outpatient settings,’follow the money’ would take on a real significance!

What I find seriously frustrating, as a nurse of some 47 years, is that this information, like all the previous similar information, can go in one (governmental) ear and out the other. What’s it going to take to finally sink the message home? Nurses are worth their weight in gold. Maybe that’s it! Put the additional cost attributable to higher nurse-patient ratio and increased morbidity in terms of gold bars. The picture would be interesting.

About the degreed nurse, and the non-degreed nurse: let’s not go there because it can be a source of division. The point is that an educated, experienced nurse is necessary to the successful recovery of good health by our patients.

I agree with you. Nurse to patient ratios are critical, and in this study linked with the quality outcome of mortality!