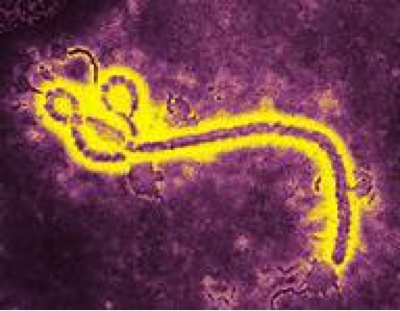 Is it ethical to use an experimental treatment for patients with the Ebola virus?

Is it ethical to use an experimental treatment for patients with the Ebola virus?

In the wake of one of the most feared epidemics in recent memory, a controversy has been brewing as to whether the administration of untested antivirals is ethical. My vote is an unwavering yes!

The Ebola virus epidemic in West Africa has now claimed more than 1000 lives. With a mortality rate in excess of 55% of its victims, this current wave of the disease has struck fear in medical communities world-wide.1 Recently, the World Health Organization (WHO) has declared the Ebola outbreak an “international public health emergency”.2

In the wake of the outbreak, a small San Diego biopharmaceutical company is developing an Ebola medication with limited availability. “The hope is the medicine will become more widely available by the end of the year”.3

Queen’s professor Dick Zoutman informs us that this experimental treatment takes the form of a family of monoclonal antibodies.4

The question therefore has been posed, is it ethical to use an experimental drug at this stage? To address this question, the WHO convened a panel of ethicists. The panel concluded that “… the particular circumstances of this outbreak, and provided certain conditions are met … it is ethical to offer unproven interventions with as yet unknown efficacy and adverse effects, as potential treatment or prevention.”5

Others disagree. The Huffington Post reports that “a number of experts — including the scientist who led the work on a Canadian-made Ebola vaccine — say deploying untested tools in the current West African outbreak could be disastrous.”6

In an editorial by in the Globe and Mail, Geoffrey York says “the decision to allow “compassionate use” of unlicensed drugs is a response to a global storm of outrage over the apparent unfairness of giving an unproven drug treatment to two American missionaries who were infected with the Ebola virus in Liberia, while Africans had no access to those same drugs.”8

Regardless of opinions as to the ethical dilemma, there is also the concern as to why there are, as yet, any effective therapies for the virus. Ebola has been around for over four decades, but a definitive treatment is still elusive. A number of issues coalesce to explain why a treatment remains problematic. The virus is difficult to work with, the disease outbreaks are sporadic and the investment that would be required by a major pharmaceutical might be massive.

This recent human tragedy has received global attention. Let’s hope this will spark a series of scientific studies that will validate existing treatments or foster new approaches to this deadly disease.

If you have any thoughts about this issue, comment on the blog, or better yet…please drop by the Macklem House, my door is always open.

Richard, I’m glad you raised this current, important public health and ethical issue in such a balanced presentation. With over a 50% Ebola case-fatality rate and the potential wide spread of its cause, prevention measures should be primary (which often may not be possible or effective). It seems to me that whatever prevents, relieves suffering or death is worth trying despite prevailing regulatory requirements unless there is a consensus about a particular one not working without doing more harm than good. That is a huge challenge for every decision-maker.

The financial burden for companies that may want to help in situations like the current potential Ebola pandemic are large and may not be worth pursuing for them, but many people will suffer and die if current or future techology, however funded, does not yield affordable cost choices. I hope adequate funding will be forthcoming for research about prevention strategies and treatment regimens for unsolved problems like Ebola and other major health threats to extend and save lives.

Thank you for your comments,…

Thank you for your comments, Bill – indeed we are at a critical point in the fight against Ebola.