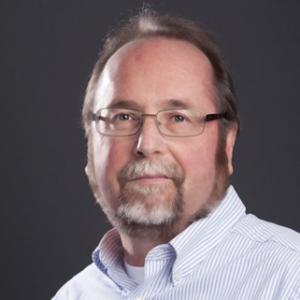 Dean Richard Reznick is pleased to announce that Tom Harris, Interim Provost and Vice-Principal (Academic) at Queen’s University, has appointed Dr. Thomas Massey as Interim Head of the Department of Biomedical and Molecular Sciences. His appointment will begin on July 1, 2019 and end on September 30, 2019.

Dean Reznick would like to extend his sincere thanks to Dr. Michael Adams for his remarkable service as Head of the Department of Biomedical and Molecular Sciences. During his ten years as Head, Dr. Adams has been instrumental in several innovative initiatives. His accomplishments include uniting five basic science departments as a single unit and the development of an innovative bachelor of health sciences program that is being offered online and in September 2019 will also be offered on campus. Thanks to his leadership, the department is well positioned for future success.

Dr. Massey has been honoured with many awards for his exceptional research in biochemical and molecular mechanisms of toxicity. He has received the Pharmacological Society of Canada’s Merck Frosst Award and the Queen’s Faculty of Medicine Basmajian Award for Excellence in Research. For his significant research contributions in Toxicology, Dr. Massey was awarded the Velyien Henderson Award from the Society of Toxicology of Canada in 1994. The Society of Toxicology of Canada honoured Dr. Massey again in 2015 with the Gabriel L. Plaa Award of Distinction for his outstanding and sustained contributions. As a respected authority in his field, he has been invited to present his work at prestigious institutions and conferences, such as the International Congress of Toxicology and the National Institute of Environmental Health Sciences.

In addition to his professional service at Queen’s, Dr. Massey has dedicated his time to numerous organizations, and he has served on provincial and national grant review panels. He acted as Secretary of the Society to the Society of Toxicology of Canada Society from 1995-2001. From 1995-2003, he served as Associate Editor for the Canadian Journal of Physiology and Pharmacology, and he is also a member of the editorial boards for numerous publications, including Toxicology, Toxicological Sciences, and The Canadian Journal of Physiology and Pharmacology.

Dr. Massey has proven himself to be a passionate and effective educator, mentoring and supervising numerous graduate students and post-doctoral fellows. In recognition of his exceptional teaching, Dr. Massey has received the Life Sciences Students’ Choice Teaching Award and the Faculty of Health Sciences Education Award.

Please join the Dean in congratulating Dr. Massey on his appointment as Interim Head.