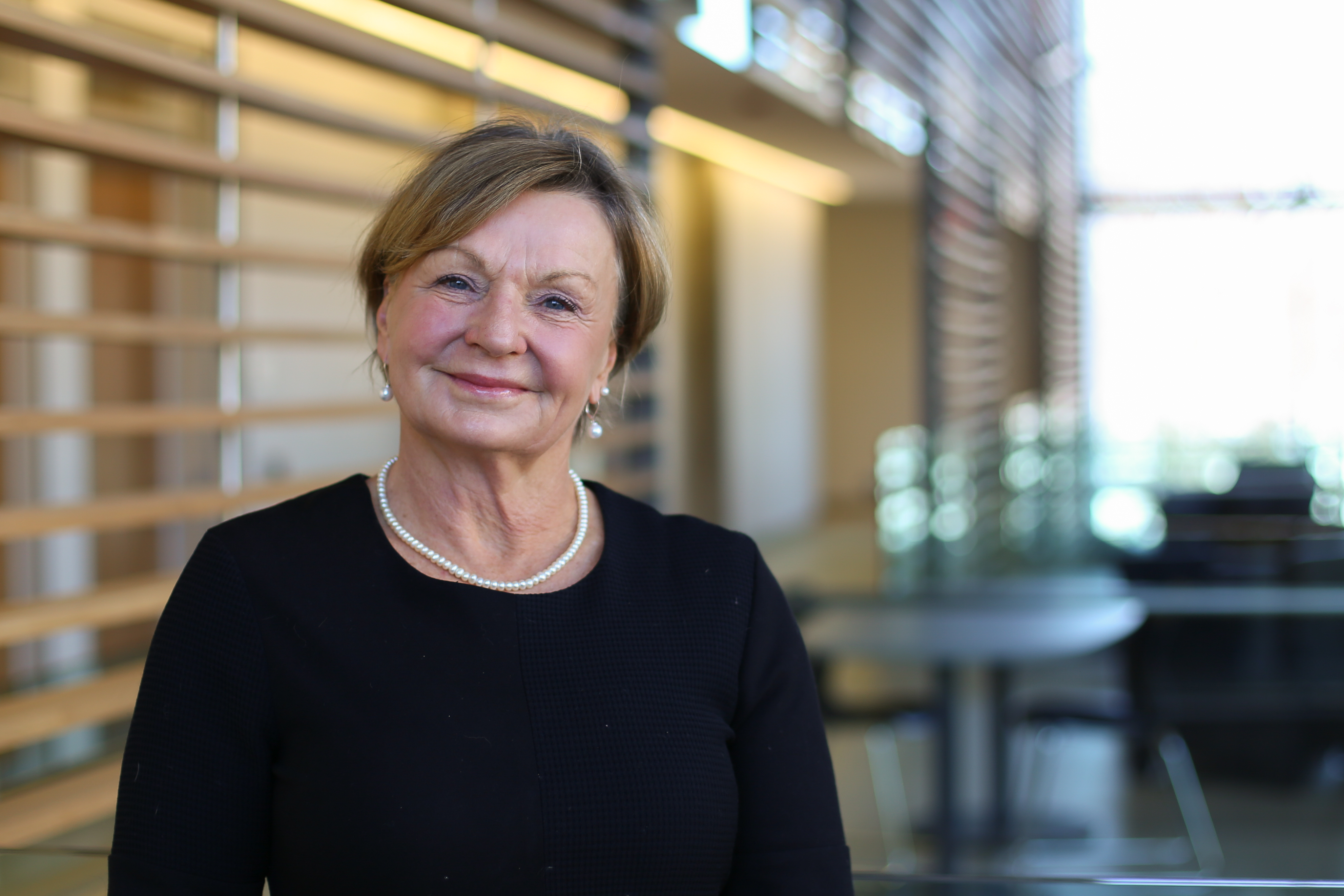 Dean Reznick would like to extend his sincere thanks to Dr. Elizabeth VanDenKerkhof for her service and leadership as past Sally Smith Chair.

Dr. Tranmer earned her PhD in Nursing from University of Toronto (1999) and her MSc (1992) and BNSc (1975) from Queen’s University. She is an affiliated scientist with the Centre for Studies in Primary Care Research and Centre for Health Services and Policy Research at Queen’s University, and the Canadian Centre for Advanced Practice Nursing Research at McMaster University. Dr. Tranmer joined Queen’s as a full time faculty member in 2005 and has since earned the title of full professor and served as Scientific Director and Senior Scientist, School of Nursing Queen’s Nursing and Health Research; Margaret B. Vogan Fellow, and Site Director, Institute for Clinical Evaluative Sciences.

An active researcher with a focus on optimizing care for individuals with chronic illness and the relationship between work-related factors and women’s health, Dr. Tranmer has been an investigator on more than 60 funded research studies. She is currently involved with three studies on effectiveness of interdisciplinary teams, integrated care, and patient-centric care communities for senior adults with complex healthcare needs. Dr. Tranmer’s previous research has earned awards including Ontario Ministry of Health and Long-term Care Career Scientist Award and the Ontario Women’s Health Council and Canadian Institute of Health Research Mid-Career Investigator Award. Her research findings have received international media attention, and she is a frequent scientific presenter at both national and international conferences.

The foundation of Dr. Tranmer’s success as a prolific researcher and academic is nearly three decades of service to Kingston and Ontario-at-large in a variety of clinical and leadership roles. She began her nursing career in labour and delivery at Kingston General Hospital in 1976; later roles at KGH include Perinatal ICU Nurse, Obstetrical Nurse Educator, Unit Supervisor, Director of Reproductive and Ambulatory Nursing and Director of Nursing Research.  She continues to participate on a number of research related activities in the Kingston Health Sciences Centre, and her expertise has impacted the larger community through a variety of her advisory and research roles.

Please join the Drs. Reznick and Snelgrove-Clarke in congratulating Dr. Tranmer on her appointment as Sally Smith Chair.