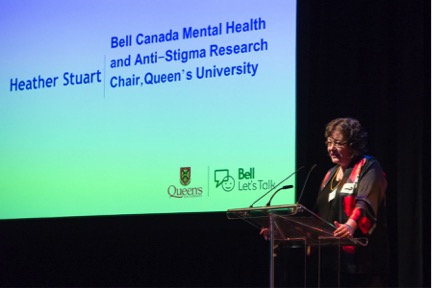 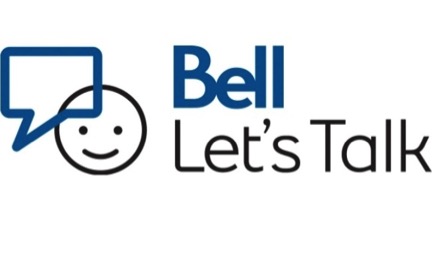 From a Whisper to a Roar—Bell Let’s Talk Day

We’re gearing up for another Bell Let’s Talk Day on January 27th.

This is the day that Bell donates 5¢ for every text message, mobile or long distance call made by Bell or Bell Aliant customers, Tweet using #BellLetsTalk, or Facebook share of the Bell Let’s Talk Day image.

Funds raised go to mental health initiatives including the Bell Canada Mental Health and Anti-stigma Research Chair here at Queen’s University (gifted in February 2012). This is an unprecedented initiative. By January 2015, #BellLetsTalk was the number one trend on Twitter in Canada and worldwide, with over four million tweets representing a 100% increase over the first BellLetsTalk day. This shows that Canadians are on board and the conversation is growing.
As part of the Bell Chair initiative at Queen’s, members of the Faculty of Health Sciences have worked with Morneau Shepell and Bell to develop the first manager certification training for workplace mental health in the world, and the first such training to be certified by an academic institution.

Other programs developed collaboratively through the Chair’s activities include a course for people with anxiety and depression to assist them in overcoming stigma (with members of the Department of Psychiatry and students from the Neurosciences program), and a large Movember funded intervention research project to help first year undergraduate students understand the relationship between mental health and alcohol misuse (with members of the School of Rehabilitation Therapy, and colleagues from University of Calgary, University of Alberta, and Dalhousie University).

Each year, Queen’s (through the Chair) and Bell host a large public event to raise awareness about the role of stigma and to profile five simple things people can do to minimize it. These have been featured in the Let’s Talk commercials and on the Let’s Talk web site (letstalk.bell.ca). The lecture moves around (Toronto, Ottawa, Halifax, and later this spring, Vancouver). Public interest in the lectures has been high. These activities illustrate some of the important collaborations and accomplishments that have grown out of the funding for the Chair at Queen’s.

On September 2015, Bell announced a further 5-year commitment to mental health, doubling the previous funding commitment to $100 million. And, who can forget Clara’s Big Ride, which took this former Olympian on a 110-day journey of more than 11,000 kilometers to 105 communities across Canada to open the conversation about mental illnesses and reduce the shame and stigma. The Governor General and Prime Minister, as well as 160 elected officials and leaders openly supported a stigma-free Canada.

We all recognize that there is still a long way to go and we all have a part to play. Check out letstalk.bell.ca to find out the five simple things we all can all do to help reduce stigma. In the mean time, keep the conversation going. Support Bell Let’s Talk Day on January 27th.

If you have any comments about this mental health initiative, please respond to the blog, or better yet, drop by the Macklem House…my door is always open.

People DON’T KNOW how Awful Mental health STIGMA is until you have experienced it. It’s worse than the diagnosis.

I am certain that you are correct. Although health care providers try their hardest to be empathetic and imagine the impact of disease on their patients, it is absolutely our patients who truly understand.

Lets talk. There has been a…

Lets talk. There has been a lot of talk about stigma towards the mentally ill. Though it is worthy goal it is not the biggest problem by far. In fact talk goes round in circles and leads to doing absolutely nothing to fix the problem. Discrimination towards the seriously mentally ill in terms of being a priority for health care is a problem . Imagine a shortage of services for cancer patients the advocates would roar loud and clear and by an large make a difference. Those afflicted with serious mental illnesses are ignored ! Their families are also ignored and still largely seen as being the cause of the problem. This in 2016 Ill people enter jail/prison or often by default end up on the street . An Ontario Bipartisan report August (2010) has been ignored and the number of mental health beds is ridiculously low.

It is time to grasp the nettle and get on with providing the services to the seriously mentally ill. For darning the heel of the sock …chatting to those bothered by issues allows large numbers of people who are afflicted with major mood disorders and schizophrenia to slip through the toe. Patching won’t do. The faculty of medicine must step up to the plate

Thanks for your comment. I don’t doubt that you are correct that our current investments in mental health are falling short. But I can assure you those investments (at all levels) have been dramatically on the rise in the last few years. For example, there has been a marked increase in the number of psychiatry residency positions in the last three years. There has been an augmented presence of mental health issues in our medical school curricula. We have hired more psychiatrists in Kingston. And so on.

All that notwithstanding, your comments are well take, and we have to do more.

I take issue with the word…

I take issue with the word issues when it replaces the word illness. Mental illness is illness. We never substitute cancer with the word issues ! However more staff and better trained and informed staff are welcome. The lack of beds is a very serious problem . Many people cannot stabilize unless they are admitted to a safe place with appropriate care. Stigma can be very upsetting( and should not stand but I do not believe that it is worse than the illness schizophrenia and allied conditions. Brenda Carthier’s comment regarding the insurance agents is well taken. They clearly do not measure up and cause added stress to very vulnerable patients.

There was certainly no…

OMG Thank you for this. …

OMG Thank you for this. THANK YOU. I'm glad you beat me to the punch! Less talking and more doing, I say! The intitiative has been going on for 8 years now. That's a lot of talking! Yet, here we are with longer wait times, mentally ill patients being turned away because there's no available help. Patients being told there is a long wait time, that extends to months. All this money raised has done nothing to change that. We are done talking. Talking is not the issue anymore. It's our healthcare system thats the problem.

I’d like to thank you for the work that you do.As a family physician in a suburban GTA community, 30% of my work is related to mental health issues.as a graduate of Queens meds 83 I have been providing this care for almost 30 years. Primary care is the first line of defence for many patients. While it is true that referral to specialist can take some time, many of us are dedicated and qualified to deal with this problem, at least initially. It has been my experience that not just the workplace but also insurance companies fail to honour our opinion when it comes to gaining support for our patients.I was surprised to hear of the initiative with the company mentioned in your blog in creating a training program along with Bell and the faculty of health sciences at Queens. Specifically that company has been very difficult to deal with in providing coverage for a mental health issue to individuals.I would appreciate being directed to personnel in order to provide details with respect to the work that I have done in helping patients negotiate these difficulties.

Thank you for your comments.

You are absolutely correct that our primary care practitioners play an essential role in mental health care.

With respect to our work with the company, I will forward your feedback to them.