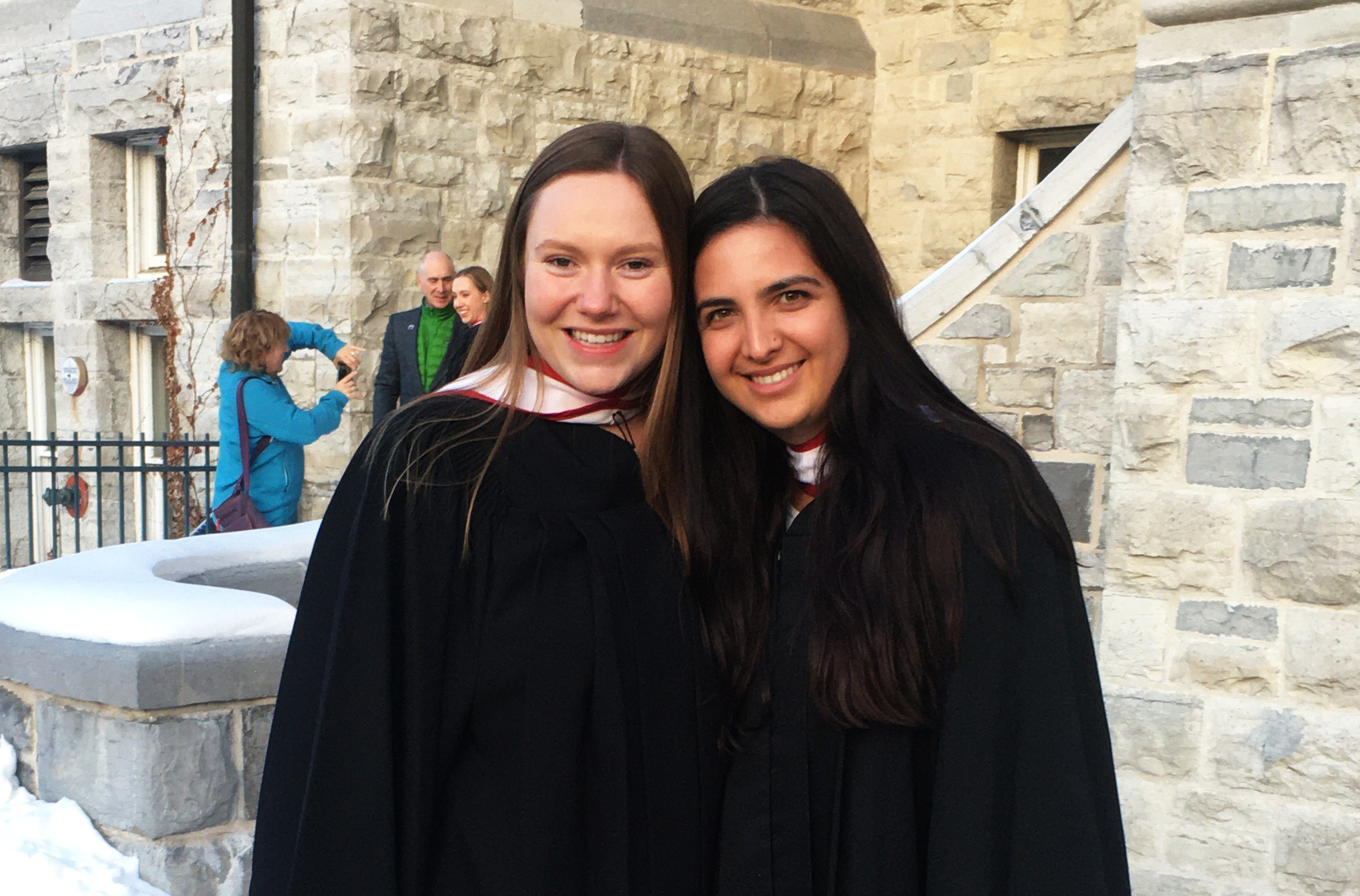 The #NursesAre campaign: from class assignment to passion project

When Melissa Spadafora and Shannon Greer were given an assignment to develop a method to recruit young people to nursing in their final year of the Undergraduate Nursing Accelerated Standing Track (AST) program, they didn’t expect the assignment to turn into a passion project.

In order to complete the assignment – which was for their NURS 405 Practicum in Community Health Promotion course - the two students, who graduated this fall, developed the #NursesAre campaign to target school-age children and bust some of the misconceptions surrounding nurses. In choosing to create a video series, they were able to feature a diverse group of nurses who work in a wide variety of nursing professions.

With a projected nursing and midwifery shortfall of over 9 million worldwide by the year 2030, recruiting new nurses – and nurses from different backgrounds – is growing increasingly crucial to ensuring quality patient care in the future.

Using research and literature on the misconceptions, as well as talking with professionals within the nursing community about what their jobs actually look like, Shannon and Melissa were able to narrow down the list of words they wanted to use in the videos. As they listened to these stories, the unique experiences of each person helped to guide the final word choices.

Creative, team players, knowledgeable, unique, teachers, resilient, advocates, and strong. These are the qualities that would become the focus of the #NursesAre videos.

“Initially, it was just a school project but the more we worked on it, it began to become a passion project,” says Melissa. “As students in the AST program, we didn’t choose to go into nursing straight out of high school. We’d seen these misconceptions before we chose this path. Maybe if there had been a project like this when we were younger, we would have chosen nursing sooner.”

Neither Melissa nor Shannon had any videography or video editing experience, and while they wanted to control the direction of the campaign, they knew that they were going to need support to get it right. Sherri Schmidt -Stutzman, who is a faculty advisor for the program, helped the students to focus their project while giving them the freedom to run with it. Their project supervisors, Cheryl Pulling and Barbara Bolton, also proved to be valuable. They put the students in touch with Michael Ferguson, a member of the Faculty of Health Sciences’ Marketing and Communications team, for guidance.

“They spent time with us to see what our vision and our thought process was,” says Melissa about working with Michael and videographer Lucas Wang. “They sat down with us to show us how the filming equipment and editing software works, and helped us find the proper locations and lighting to make the project that we wanted to create.”

Michael saw the importance of the project, and his enthusiasm to assist helped to foster the passion that Melissa and Shannon began to have for their campaign. He allowed them to lead while being available to support their needs when they ran into difficulties. Throughout the project, the students found that they had a level of independence that they had been building towards over the course of the nursing program. They were able to apply the skills they had been developing as they rounded out their education.

“The project came at the perfect time. You have help from the faculty, you meet with your advisors, but there is also a lot of autonomy in deciding what you’re going to do and what’s feasible in the time frame. You learn autonomy throughout this program as you progress, kind of like taking the training wheels off as you move along, and this kind of hands-on experience is so valuable.”

Melissa and Shannon produced eight videos, each featuring a different nursing professional and a unique quality. The videos can be found on the FHS Youtube channel and you can get a sneak preview by watching the video below.

Great work, Melissa and Shannon! It was amazing to see the passion and dedication that you put towards your #NursesAre project.