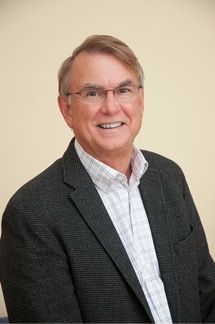 Last week Cheryl and I joined about 100 individuals at a retirement dinner for Dale Kenney. Dale is stepping down from his role as Chief Executive Officer of Providence Care after six years at the healm of that organization. Dale is leaving after a long and illustrious career as a health care administrator in Kingston. Before his role at PC, Dale was the Vice-President of Joint Planning for Kingston General Hospital, Hotel Dieu Hospital and Providence Care from 1999 to 2008.

Dale is leaving Providence Care at a time when so much is going so well for the hospital. It is in excellent financial shape. PC has a very strong executive team. And importantly, the final stages of approval for a new hospital for PC occurred in November, and construction of a magnificent, $400 million dollar, 500,000 square foot facility is about to begin. What a note to retire on.

I was privileged to give a short speech on Dale’s retirement. In it I emphasized the following:

“Years from now, when Dale drives down King Street with his clubs in the trunk, he will see an obvious legacy of his leadership at Providence Care: a magnificent new building, a spectacular new hospital for Kingston and for the Province of Ontario.

Dale Kenney is truly one of those individuals for whom there are only good words to say. He has been tirelessly devoted to the improvement of health care in Kingston and is leaving an army of friends and admirers, including me!

If you have any thoughts about Dale, comment on the blog, or better yet…please drop by the Macklem House, my door is always open.

Dale was a true collaborator…

Dale was a true collaborator and innovator, he will certainly be missed.

Thanks for your comments and kind words about Dale.