Submitted by assistant on 11 February 2020 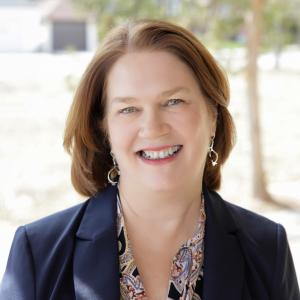 Queen’s University is appointing the Honourable Jane Philpott as the Dean of the Faculty of Health Sciences and Director of the School of Medicine for a five-year term effective July 1, 2020. Dr. Philpott will also serve as the Chief Executive Officer (CEO) of the Southeastern Ontario Academic Medical Organization (SEAMO) and represent Queen’s University in its relations with partner hospitals as well as the Ministry of Health and the Ministry of Long-Term Care. This appointment follows a comprehensive search process co-chaired by Interim Provost and Vice-Principal (Academic) Tom Harris and SEAMO Board Chair George Thomson.

Dr. Philpott is an accomplished family physician, educator, and global health champion, and is best known for having held several senior cabinet positions with the Government of Canada.  Elected as the Member of Parliament for Markham-Stouffville in 2015, she served in a number of prominent federal cabinet roles, including as Minister of Health, Minister of Indigenous Services, President of the Treasury Board, and Minister of Digital Government. She currently serves as Special Adviser on Health for Nishnawbe Aski Nation, an organization representing 49 First Nation communities across Treaty 5 and Treaty 9 in northern Ontario.

Prior to entering politics, Dr. Philpott spent over 30 years in family medicine and global health. She spent the first decade of her career in Niger, West Africa, where she provided clinical care to patients and training to community health workers.

In 2008, Dr. Philpott joined the University of Toronto’s Faculty of Medicine and then became Chief of Family Medicine at Markham Stouffville Hospital in 2008. She also founded a campaign that raised close to $5 million for people in Africa affected by HIV/AIDS, and helped to create the first family medicine training program in Ethiopia.

The Principal and the Provost extend their gratitude to Dr. Richard Reznick for his exceptional tenure as dean, and to the following individuals on Principal’s Advisory Committee for their thoughtful advice and perspective.