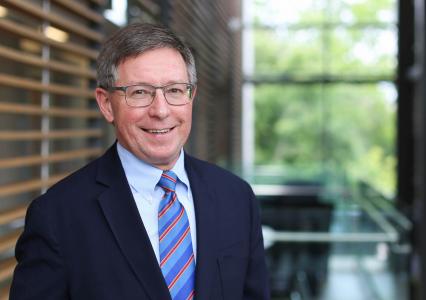 On the recommendation of Dean Jane Philpott, Mark Green, Provost and Vice Principal (Academic) at Queen’s University, has appointed Dr. G. Ross Walker as Head, Department of Surgery. His appointment is effective September 1, 2020, for a five-year term.

Dean Philpott would like to thank Dr. John Rudan for his invaluable service as Head, Department of Surgery. Dr. Rudan has made incredible contributions to the department during his tenure, and his leadership in building the department’s research portfolio will leave an indelible mark.

Dr. Walker earned his MD from University of Western Ontario in 1982. That same year he came to Queen’s University, where he completed his Straight Surgical Internship in 1982 and General Surgical Residency in 1986.  Dr. Walker served as Chief Resident, General Surgery, at Queen’s from 1986-1987, and later completed a clinical fellowship in Surgical Oncology at Roswell Park Memorial Institute in Buffalo, New York.

Dr. Walker’s career has been focused almost singularly on Postgraduate Medical Education. Shortly after joining the Queen’s faculty, he was appointed Core Surgery Program Director, and held the position for seven years. In 1997, he was appointed Program Director, General Surgery, and held this leadership position until his appointment as Associate Dean. He has also served as Director of the Endoscopy Unit, Deputy Chief of Surgery, and Service Chief, General Surgery at Kingston General Hospital.

Dr. Walker has supported postgraduate medical education on a provincial and national level through a variety of prestigious activities and board appointments with the Canadian Association of General Surgeons, Royal College General Surgery Examination Board, Medical Council of Canada, and Centre for Evaluation of Health Professionals Educated Abroad. Dr. Walker was the Postgraduate Education Committee Chair of the Canadian Association of General Surgeons from 2002-2005.

Under Dr. Walker’s leadership as Associate Dean, Postgraduate Medical Education, Queen’s has seen many innovations and success. One such innovation was the successful transition of all Royal College of Physicians and Surgeons programs to a Competency-Based Medical Education (CBME) curriculum in 2017. Two years later, Dr. Walker and his committee responsible for implementing the CBME curriculum were awarded the Principal’s Teaching and Learning Award for Curriculum Development at Queen’s. In both 2011 and 2018, the Postgraduate External Accreditation Reviews were the strongest institutional results ever for Queen’s, and residency programs have won the PARO Residency Program Excellence Award more than any other Ontario medical school.

Please join the dean in congratulating Dr. Walker on his appointment.